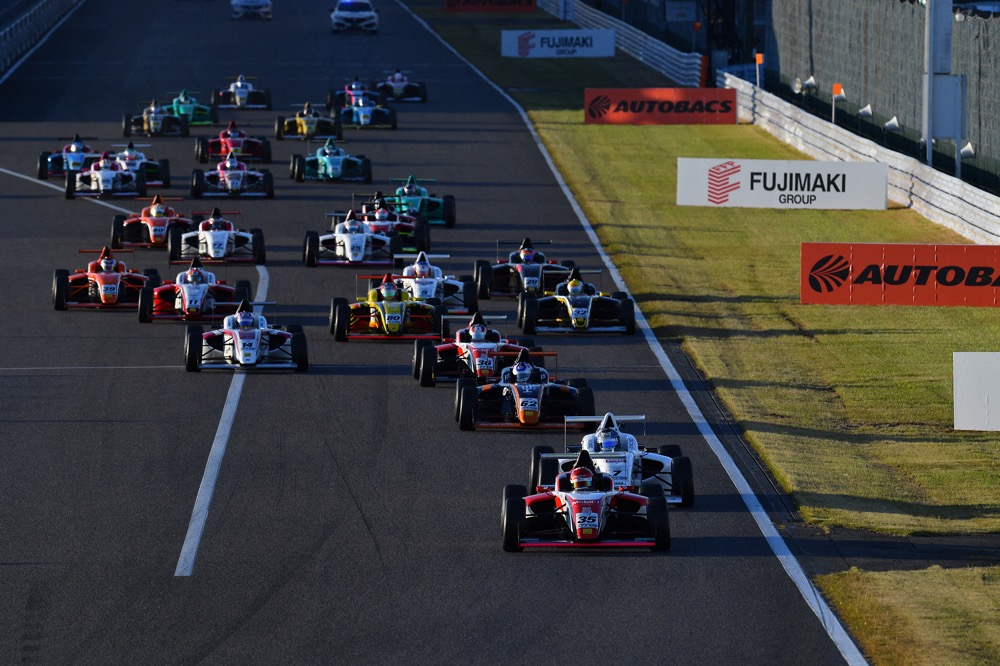 Toyota junior Hibiki Taira won the two Saturday races at Suzuka in the second Japanese Formula 4 round of the season.

Race one featured the return of series winner Kakunoshin Ohta, and he quickly made his presence felt by passing Zap Speed’s Rin Arakawa for second place off the line. There was little overtaking in the rest of the lap, and the safety car was then brought out after three Independent Cup drivers running towards the back crashed at the final chicane.

Racing resumed on lap five of 11, and the front four that included Toyota junior Seita Nonaka immediately pulled away.

Arakawa reclaimed second from Ohta down the inside of the first corner at the start of the next lap, with Ohta ending up bottling up the drivers behind him as he didn’t have the race pace to be up front. Nonaka nabbed third from him at the final chicane, then Reiji Hiraki went around the outside of him at Turn 1 while Nonaka was still on the inside.

Arakawa pursued Taira in the remaining laps, with the pair pulling away from Nonaka who had his mirrors full of Hiraki. He relinquished the pressure on the final lap, leaving Nonaka to fill the podium behind Taira and Arakawa.

Taira’s other team-mates struggled, with Jiei Okuzumi finishing 14th and Eijirou Shimizu retiring in the pits.

It was a similar start to race two with Taira and Ohta leading the way, and Hiraki and Arakawa in third and fourth as the field headed into the first corner.

Okuzumi then caused a huge crash as everyone went uphill through the ‘S’ Curves, with the Toyota junior cutting across the grass at turn five and slamming into two of the cars that were going through the corner. The safety car was initially called out, before it was decided to red flag the race as marshals had to clear the cars of Okuzumi, Ryunosuke Sawa, Yusuke Tsuchiya and Seiya Jin.

None of the drivers recieved serious injuries, and it was some time before a restart of two laps behind the safety car – which Max Salo spun out of. Taira recieved half-points for winning the three-lap race.

Eves to reunite with Exclusive Autosport in IP2000 next year