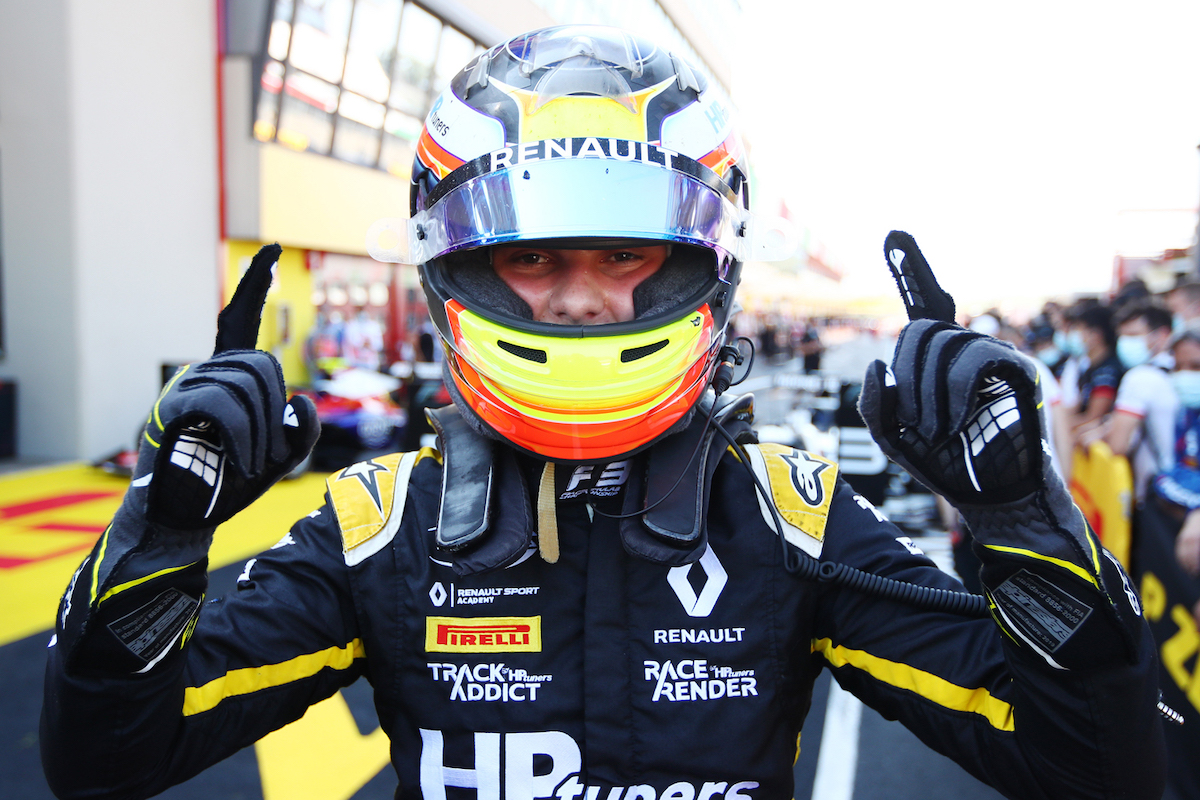 Oscar Piastri says he felt more confident about winning the FIA Formula 3 Championship this year than he did about securing the Formula Renault Eurocup title last season.

Piastri became a Renault Formula 1 junior after he won the Eurocup title in 2019 by 7.5 points over Victor Martins, who had claimed pole position for each of the last six races and won four of them.

He sealed the FIA F3 crown at Mugello on Sunday having gone into the final race of the season tied on points with Prema team-mate Logan Sargeant, who was then forced to retire by first-lap contact.

“I think they’ve both been quite different,” Piastri said when asked which title fight had been more intense.

“Obviously this year was mainly me and Logan, so having a team-mate as a rival sort of changes the dynamic a little bit.

“Last year in Eurocup, Victor was very, very quick in the last few rounds and I had quite a big points lead before that. So I think to be honest I was probably more confident in this year’s championship.

“But I think it’s a little bit strange that in both championships it’s been mainly a mistake from my rival in the second-last round that’s sort of helped me seal the title.

“I think this year, certainly the last weekend was more intense, especially after qualifying 11th and then starting 16th. This year was definitely a bit trickier but they were both very tight.”

In contrast to the five poles he took in Eurocup in 2019, Piastri didn’t once qualify on the front row in FIA F3 this year, relying heavily instead upon strong racecraft to beat Sargeant who achieved three consecutive poles in the middle of the season.

Asked by Formula Scout whether he had to adapt his driving accordingly this season, Piastri said: “I definitely loved to make life difficult for myself this year.

“To be honest last year in Eurocup I had a few races – I think it was Paul Ricard and Barcelona – where I think I stalled in one and got spun around in the other one on the first lap, so I would say those two races really helped me build my racecraft, I think I ended up going from last to sixth or fifth in both of them.

“So I knew I could do it before this year. But obviously the field’s a bit stronger here and the depth of the field is a bit bigger than in Eurocup so I definitely had to make sure my racecraft was strong.

“But you can’t win any races from starting behind pole without overtaking any people so I definitely had to make sure I got that on point.”

The statistical rarity Piastri matched with his FIA F3 title