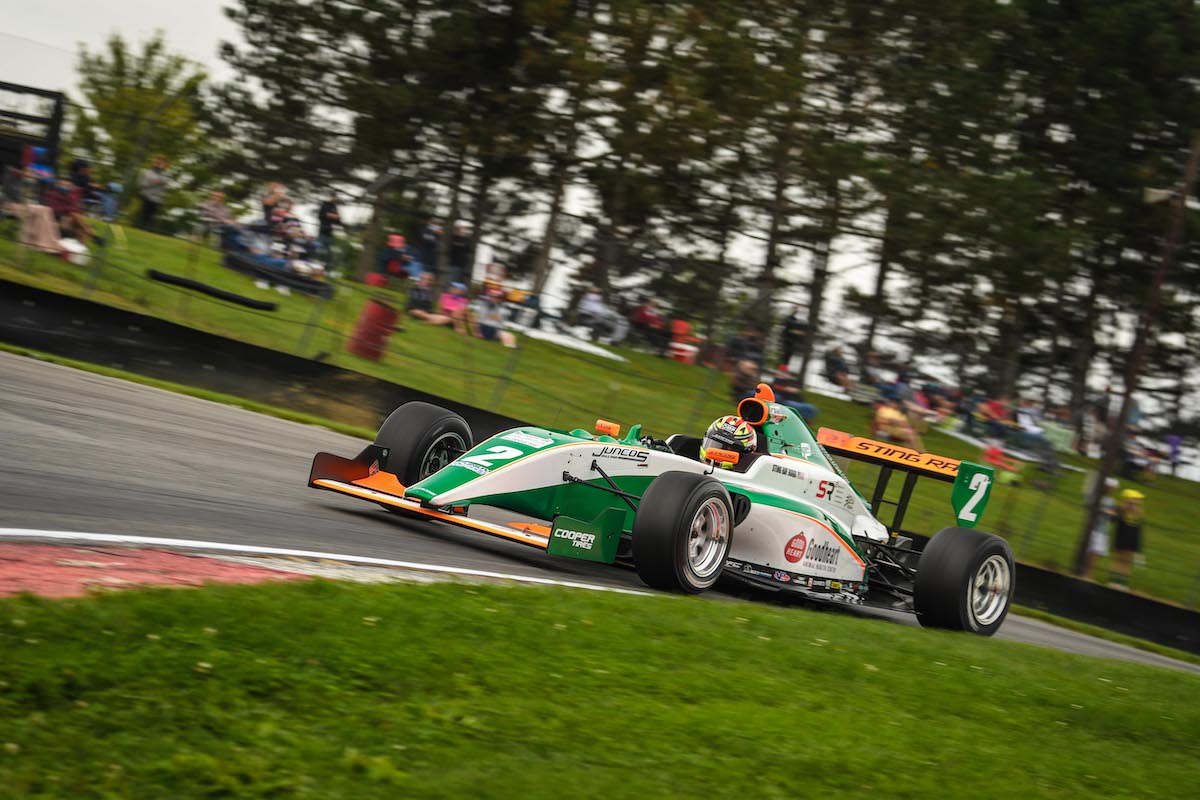 Robb started the 22-lap race from pole position after issues hit several of the frontrunners in the first attempt to run the race.

He was under pressure from DEForce Racing’s Parker Thompson throughout and was only regularly around a second ahead of his nearest competitor.

Robb appeared to have it all under control until he came up to the backmarkers of Pabst Racing’s Bob Kaminsky and FatBoy Racing’s Charles Finelli. The pair were racing and there was slight contact between the two, with Robb almost getting caught unaware as Finelli tried to wrestle control of his car.

However, all cars escaped without significant damage and Robb was able to beat Thompson to the line by around a second to secure the victory.

Behind the pair was Abel Motorsport’s Jacob Abel – the part-time runner taking a podium finish after resisting pressure from Juncos’s Artem Petrov and Turn 3 Motorsport’s Danial Frost having gained in the first attempt at the race.

Pabst Racing’s Colin Kaminsky held sixth for much of the race but found himself in the podium scrap towards the end as well as resisting pressure from Race 1 winner Manuel Sulaiman.

Sulaiman had initially started on pole but dropped back in the wet first race, but climbed from the back of the pack into seventh, some way ahead of DEForce team-mate Moises de la Vara.

Pabst’s Hunter McElrea made less progress and ended up ninth, ahead of Turn 3’s Anthoine Comeau.

Andretti Steinbrenner Racing’s Devlin DeFrancesco had a difficult race, failing to make any real progress throughout.

After retiring from the aborted first race, DEForce’s Kory Enders failed to take the restart.