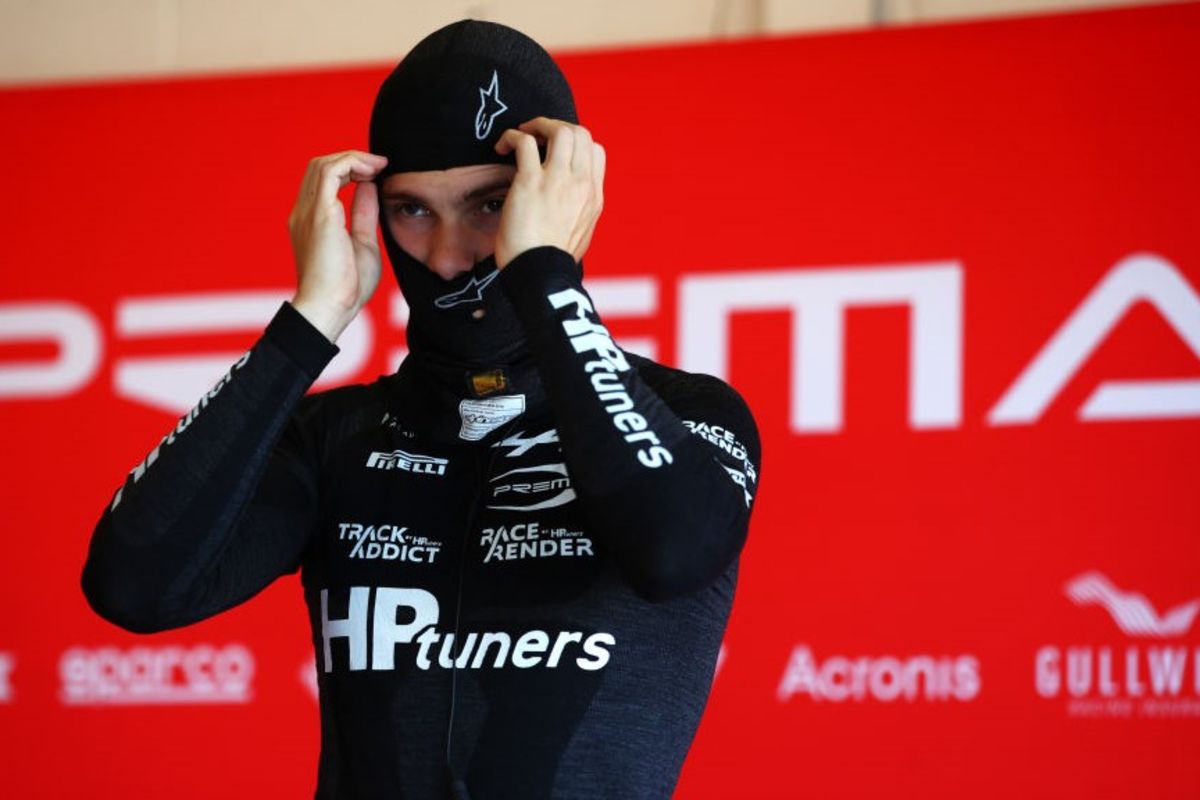 The Alpine junior extended his Formula 2 points lead on Friday, and said he was sending a statement to a Formula 1 paddock that seems to have now overlooked him entirely for a 2022 race seat

Oscar Piastri played down his chances of making a move to Formula 1 next season after stretching his Formula 2 lead with pole position at Monza on Friday. As the Alpine Academy member moved further ahead in the title battle, and strengthened his pitch for an F1 seat, he was seeing his actual hopes of landing a seat diminish.

He has not regularly been mentioned in the discussion to be Valtteri Bottas’s team-mate in the vacant Alfa Romeo Racing seat for 2022, with incumbent Antonio Giovinazzi and Alpine stablemate Guanyu Zhou believed to be favourites for the slot.

Inevitably though, Piastri was asked about F1 several times in the press conference after claiming his second F2 pole.

“There’s the spot left [at Alfa]. There’s a hell of a lot of people trying to get it, and obviously I’m with Alpine and there’s no engine link there,” he explained. “So it’s not the most conventional route of getting there.

“I’ll be honest, the chances are very slim, but for my own sake I don’t want to give up hope yet.

“I still want to make a statement on track. It’s been a tough few weeks, to be honest, watching all those seats filling up. But there’s still that one left and now Alfa has all the time in the world to decide who they put in.”

After saying “I don’t really have anything to lose” from now on, Piastri shared his insight on the final segment of F1 silly season.

“I have no idea what the situation on that seat is, which probably indicates how likely that move would be,” he addmited.

“It doesn’t really add any pressure. If anything, it gives me more drive to want to perform in F2.”

Piastri’s 2022 plans therefore remain very uncertain as F2 embarks on the second half of its eight-round season, with the nature of the calendar and the new format making things very difficult for prospective graduates.

“I don’t really have an issue so much with the format of the weekend, but I think the big breaks has been something that’s been criticised by most people, I would say,” Piastri added.

“For me personally, I’ve seen in the last few weeks how that certainly didn’t have a very positive impact on the F2 grid in terms of getting F1 seats.”

While champion Mick Schumacher, Yuki Tsunoda and Nikita Mazepin all stepped up to F1 from the 2020 F2 grid (and Jack Aitken substituted for George Russell at one race), F2 drivers have been overlooked for 2022 seats so far. Whoever does win the F2 title will be denied a return to the series by the regulations, potentially making title success a poisioned chalice.

“I think I’ve done a good job of putting myself in a pretty prime position for an F1 seat,” said Piastri.

“I’ve won two championships in a row and leading a third. We’re still only halfway through this F2 year so a lot can still change, but all the moves in F1 are happening now or have already happened.

“It’s a bit dissapointing the way it’s kind of played out, because I really don’t know what more I could have done. And today was quite nice to make a statament I’m still here.

“It’s been a pretty tough few weeks watching everything unfold and not really be involved at all, given the position I’m in, but that’s just the way the cookie crumbles.

“I think it probably is just a case of bad timing but I still want to try to win this championship obviously.