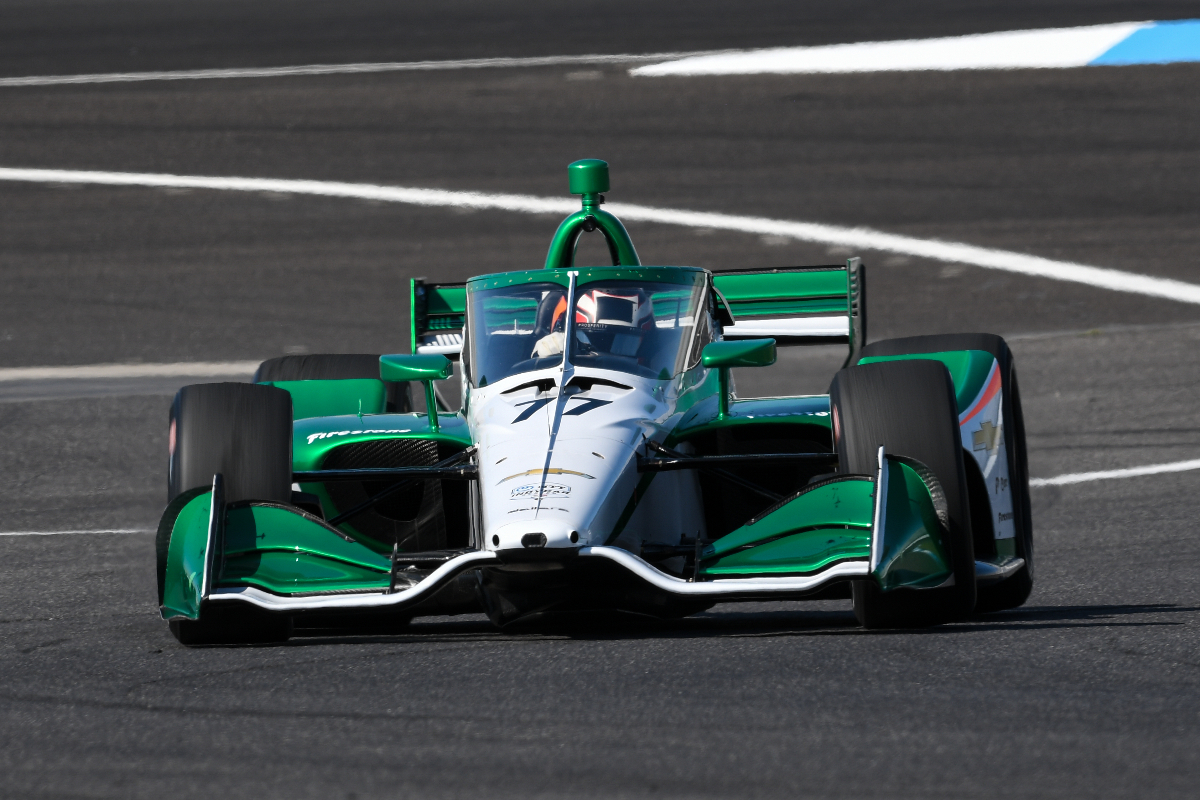 The 2020 Formula 2 runner-up initially signed a one-race deal with the outfit, which last raced in the series in 2019 when it famously bumped Fernando Alonso from the Indianapolis 500.

Juncos was keen on trying a number of drivers out in the final rounds of the IndyCar season at Portland International Raceway, Laguna Seca and Long Beach – but it has now been announced that Ilott will do all three.

“On top of starting my debut weekend in the IndyCar Series with Juncos Hollinger Racing, we will also be finishing off the championship together,” Ilott said. “Let’s see what we can achieve in the next couple of weeks at some awesome circuits.”

Ilott tested for the team at the start of September on Indianapolis Motor Speedway’s road course (pictured above), but his first competitive IndyCar action will come this weekend in the Grand Prix of Portland.

“The entire Juncos Hollinger Racing organization is thrilled to keep Callum Ilott onboard for all three races to finish off the IndyCar season,” team co-owner Ricardo Juncos said.

“We are looking forward to a great debut as a team tomorrow on track and to build on each session throughout the next few weeks.

“Callum brings a great deal of talent, and we have all been working hard together over the past few weeks to build our program, so it feels great to carry this relationship as a team for the rest of the season.”

Ilott is the second recent F2 driver to debut in the series following Christian Lundgaard’s impressive debut at the IMS Road Course in August, where he qualified fourth and finished 12th despite a bout of food poisoning.

The exention of his IndyCar deal means that Ilott will be ruled out of his Formula 1 reserve duties with Alfa Romeo Racing at the Russian Grand Prix later this month, and therefore Robert Kubica – who deputised for Kimi Raikkonen at the Dutch Grand Prix last weekend and the Italian Grand Prix this weekend – will takie his place.