Oscar Piastri moves ahead in Eurocup free practice at Silverstone 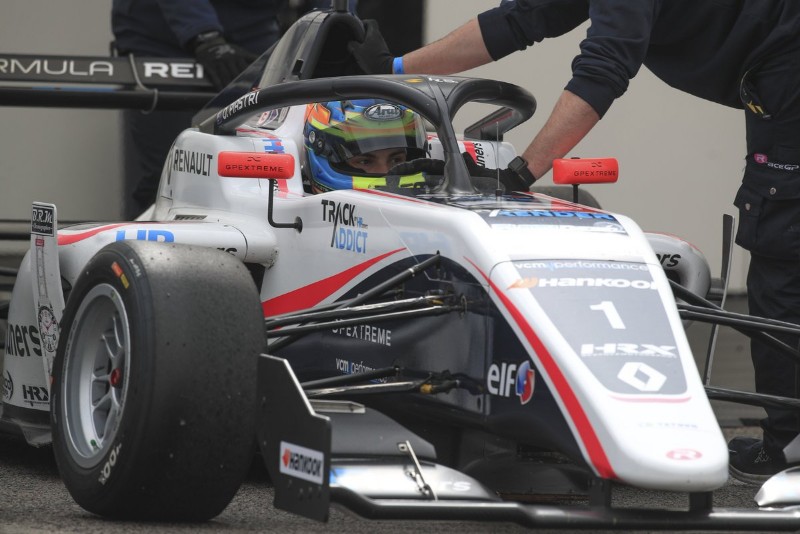 With the track exceedingly drier than it had been in the morning, times were considerably quicker and R-ace GP driver Piastri set a 1m57.762s, level with what the FR2.0 machinery achieved at the circuit in the dry last year.

JD Motorsport’s de Wilde came into play late in the session, but was almost three tenths off the pace of Piastri. His SMP Racing-backed team-mate Alexander Smolyar set the pace early on, and remained in the top three throughout.

De Wilde’s team-mate Joao Vieira, who caused a red flag in the first free practice session of the day, very nearly beat Smolyar after moving into first place with 10 minutes to go. He was shuffled back down to fourth, just 0.001s behind Smolyar.

After coming in last and over seven seconds off the pace in the morning, Kush Maini ended up fifth for M2 Competition. His debuting team-mate Lucas Alecco Roy, who only fared slightly better in FP1, was ninth fastest in his second session in the car.

MP Motorsport’s Victor Martins, the championship leader after the first two races of the season, was sixth fastest and the last driver to get within a second of Piastri.

At the foot of the timesheet was FA Racing by Drivex, which endured a pointless weekend at Monza and was two seconds off the pace with all three of its cars.