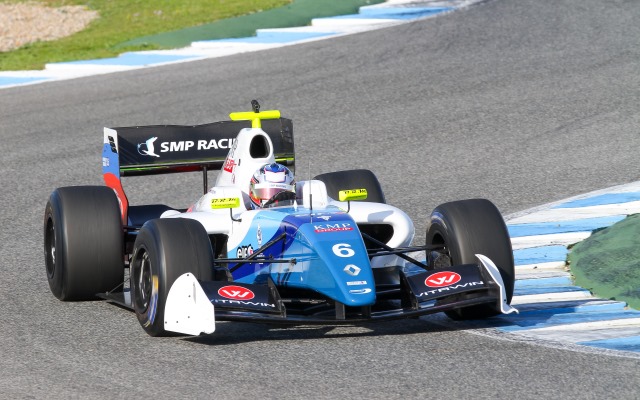 Egor Orudzhev topped the times in the first of Friday’s sessions ahead of the final Formula Renault 3.5 round at Jerez, ahead of the AVF duo of Beitske Visser and Alfonso Celis.

Orudzhev, who arrives in Jerez off the back of his second win of the season in the last race at Le Mans, took top spot away from erstwhile pacesetter Nyck de Vries with his penultimate lap of the session.

The two AVF drivers then also slotted in ahead of de Vries, with Visser 0.263 seconds off Orudzhev’s 1m28.758s and 35 thousandths of a second ahead of team-mate Celis.

Aurelien Panis and Sean Gelael completed the top 10, with champion Oliver Rowland 13th and confirmed runner-up Matthieu Vaxiviere only 18th of the 19 runners.