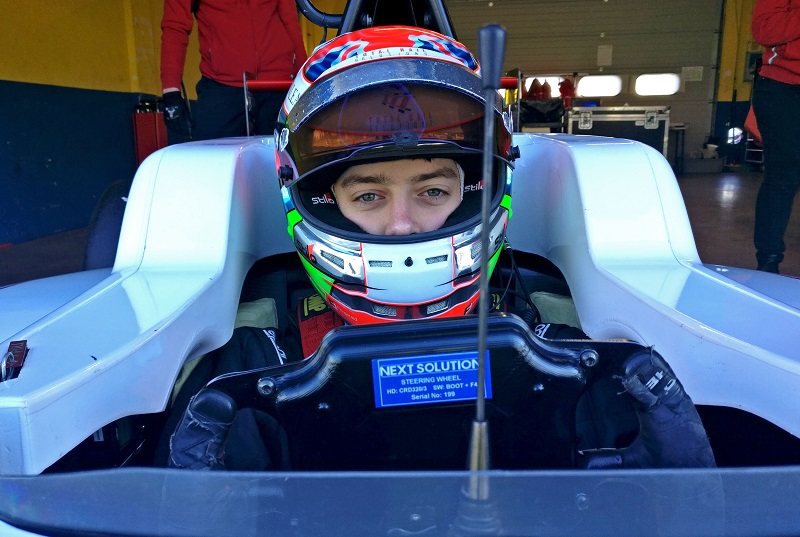 The Briton competed in selected rounds of both championships last year alongside his British F4 commitments with Arden Motorsport.

He managed three points finishes in Italy, including a sixth place in the final race of the season, and multiple Challenge Cup victories in Britain.

With a packed year of learning already under his belt, Caldwell hopes to compete at the sharp end of the field this season.

?I am extremely excited to be working with Prema for my 2018 season and am really looking forward to what I can achieve with such a great team,? he said.

?This is an amazing chance to make my international breakthrough and, with their superb on-track record, I can?t wait to be back on track to make it happen.?

Caldwell has already started the season strong. He is currently sixth in the UAE F4 championship, having taken three wins in eight races.

Last month he revealed his intentions to race in mainland Europe rather than remain in Britain for a second season.

“The tracks I?ll be driving on are where I?ll be driving at a later point, perhaps in Formula 3. It makes sense to race at them now. The more laps I can do, the more prepared I?ll be, especially as when you go up the testing is more limited.?

He plans to start testing F3 machinery later this year, quite probably with Prema.

?We look forward to working with Olli this season,? he said.

?In addition to his driving skills, he already has a good amount of experience with different cars and environments. That?s quite impressive considering he is only 15.

?He has all that it takes to impress in 2018. I can?t wait to see our team on track to start preparations for the season ahead.?