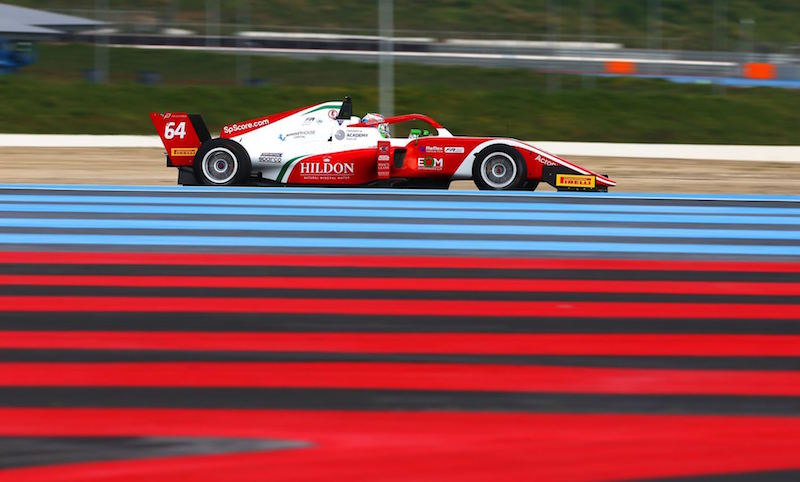 Olli Caldwell led a Prema 1-2-3 as he claimed a lights-to-flag victory in the second Formula Regional European Championship race of the season.

Caldwell made a strong start but came under pressure from DR Racing?s Igor Fraga, who passed Enzo Fittipaldi off the line. The two ran side by side, allowing Enzo to catch back up, but Caldwell kept to the racing line and managed to stay ahead.

As in race one, Fraga once again found himself defending against Fittipaldi, and it wasn?t long before the Prema driver reclaimed second.

Caldwell and Fittipaldi broke away from the rest of the field, at one point more than seven seconds ahead of third. Fittipaldi stayed on Caldwell?s tail, but was never close enough to make a serious move, and it was the Brazilian whose position was at risk on the closing lap.

After a battle with David Schumacher early in the race, race one winner Frederik Vesti had climbed back up to third by the midpoint. Lap after lap he closed the gap to his team-mates, before launching a lunge on Fittipaldi at the final corner.

The Brazilian racer held on to take second, just a hundredth of a second ahead of Vesti, who remains at the top of the championship standings – three points ahead of Caldwell and four ahead of Fittipaldi – ahead of starting on pole in race three.

Fraga finished a solitary fourth, ahead of Raoul Guzman and Isac Blomqvist.

Schumacher dropped back to sixth, and finished just ahead of Konsta Lappalainen and Sophia Florsch, who spent much of the race battling for position after Lappalainen spun on the opening lap.