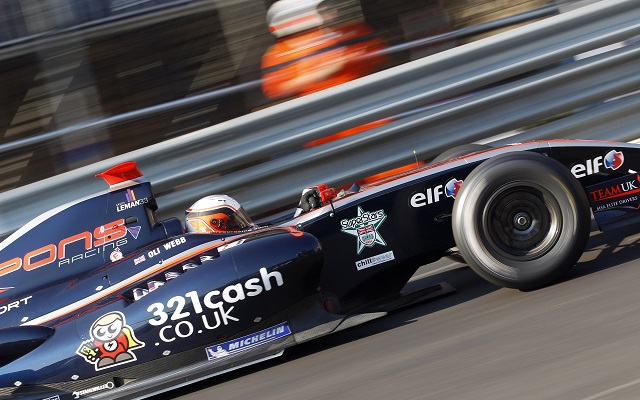 British racer Oliver Webb will make a one-off return to the Formula Renault 3.5 series for the season opener at Monza.

The 23-year-old Manchester-born racer previously raced with Pons in the 2011 FR3.5 season, taking a best finish of sixth on his way to 21st overall. After switching to Indy Lights for 2012, he returned to 3.5 the next year with Fortec, eventually finishing fifteenth after a solid start as he was largely overshadowed by his star teammate Stoffel Vandoorne.

Webb’s main focus for 2014 is likely lie in his commitments to French sportscar team Signatech Alpine, with which the Brit will contest the ELMS championship in the LMP2 class.