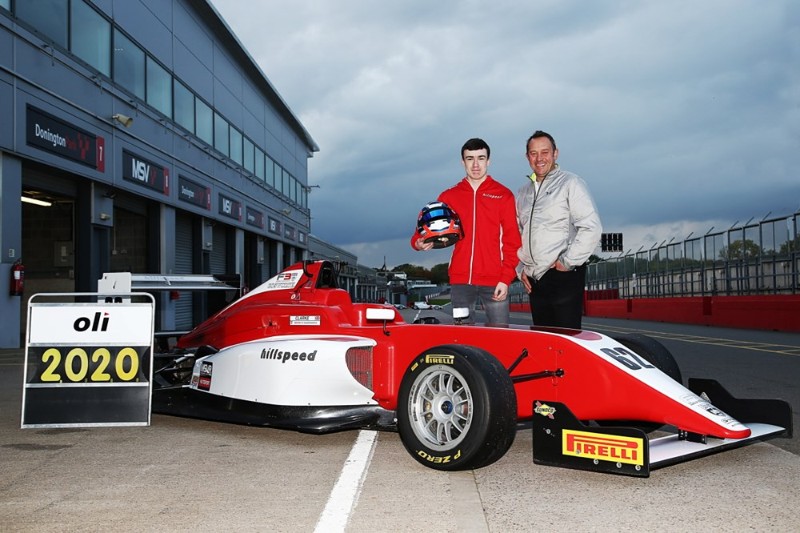 Hillspeed has made its first signing for the 2020 BRDC British Formula 3 season in United States Formula 4 driver Oliver Clarke.

Clarke has spent two years in US F4, although only contested the opening two rounds of this season with Velocity Racing Development and took a best result of fifth at Road Atlanta.

The 16-year-old has already got behind the wheel of one of Hillspeed’s F3 cars, having taken part in a winter test at Donington Park last week, and his performance earned the 16-year-old a seat for next year.

Speaking about the deal, Clarke said: ?I?m over the moon to be able to confirm my plans for next year at such an early stage.

?The BRDC British F3 Championship is a proven championship and the perfect platform for me at this point in my career and age.

“Having tested the car in recent weeks it quickly became apparent as to how good the car is, and that made things even clearer that this is what we wanted to do.?

Hillspeed team principal Richard Ollerenshaw also spoke about the deal: ?It goes without saying how delighted we are to have completed a deal with Oliver to race with Hillspeed in BRDC British F3 next season.

?He?s a terrific young talent, an exceptionally promising young driver, and he?s already shown his ability during the testing we?ve done together so far.

“I?m very confident Oliver will quickly establish himself as a strong contender in his maiden year of Formula 3, and we?re looking forward to helping nurture and develop his obvious skills.?

Hillspeed ran Sasakorn Chaimongkol and Nico Varrone this year, with both winning races.