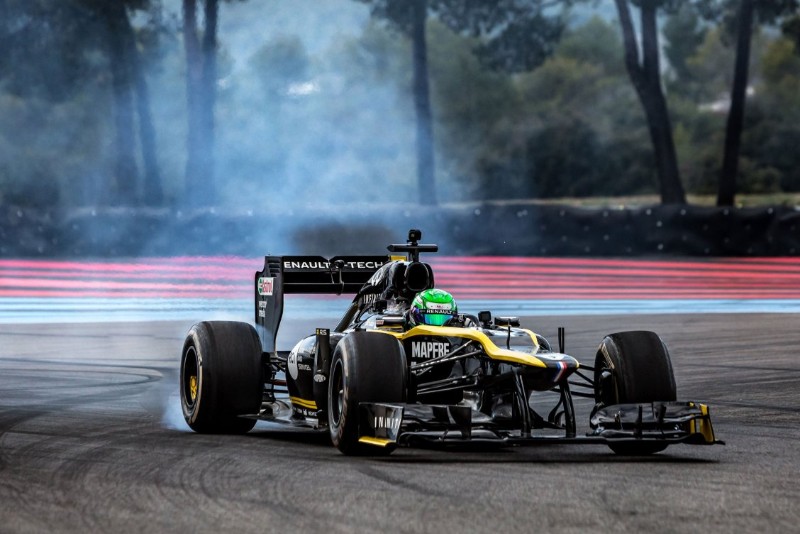 Renault junior Caio Collet will demo a 2012 Formula 1 car at Ibirapuera Park in Brazil next month for the F1 Senna Tribute.

The Formula Renault Eurocup frontrunner will drive a Lotus E20 down local roads on November 9 in the latest ‘F1 Fan Festival’, which have run prior to grands prix this year in target markets for F1’s owners.

Formula 2 racer Guanyu Zhou drove the E20 on home soil in Shanghai ahead of the Chinese Grand Prix, and the team’s F1 driver Daniel Riccardo will run through Hollywood prior to the United States GP.

Collet, 17, won last year’s French Formula 4 title and is a protege of Nicolas Todt – who steered fellow Brazilian Felipe Massa’s career. His Sao Paulo run will be his second taste of F1 machinery, having done some filming with the car at Paul Ricard.

?I?m super excited for the F1 Festival. It?s going to be one of the best things I?ve done in my life so far: driving a Formula 1 car on the streets of my hometown,” Collet said.

“I?m very grateful for this opportunity from Renault. It?s going to be very special with my family and friends there to watch too. F1 is, clearly, very big in Brazil so to drive a F1 car in front of some of the world?s most passionate fans will be amazing.

“I?m very proud to represent Renault for this unique experience as well as paying tribute to Ayrton Senna. It?s going to be a special day.?

Collet’s racing season ends this weekend at Abu Dhabi, where he will be pursuing his first Eurocup win with R-ace GP. Although he missed this week’s test at Valencia, he is likely to move up to FIA Formula 3 Championship next year.