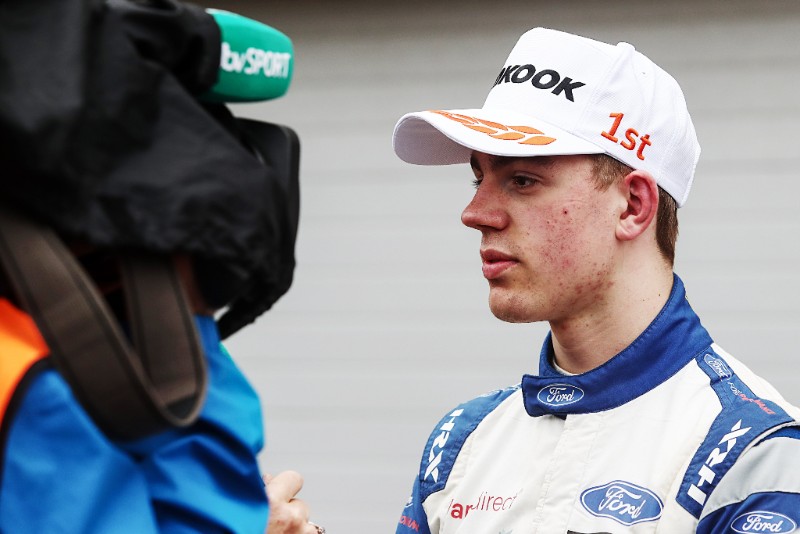 British Formula 4 race-winner Louis Foster had made it into the final of the Porsche GB Junior shootout, as he evaluates his future racing plans.

The 16-year-old finished second in Ginetta Junior last year, and was third in his debut single-seater season with Double R Racing in British F4. He recently tested with the team at Pembrey in one of its outgoing Euroformula Open cars.

“Trying out a car with just a tad more aero than a Formula 4,” Foster said on Instagram. “The F317 was el rapido. Thank you Double R Racing.”

He’s also recently tested a Porsche Carrera Cup car ahead of finding out he was a finalist to become a Porsche GB junior.

The winner of the Porsche shootout – which is decided through driving, fitness and media tests much like the Aston Martin Autosport BRDC Award – is awarded ?85,000 towards two seasons in Porsche Carrera Cup GB and support from the manufacturer.

Foster’s British F4 rival Luke Browning, who won twice this year in the one-car Richardson Racing team, has also made it to the final four of the Porsche Junior shootout.

Browning has been looking at a step up to BRDC British Formula 3 next year, a series that Foster has also spoken to Formula Scout about potentially joining.

Former British F4 racer and McLaren GT junior Josh Smith will return to the Formula Ford Festival this weekend with Oldfield Motorsport, run by Arden F4 engineer James Oldfield, in an attempt to take back-to-back wins. Ross Martin, who also raced in the championship and won this year’s BRSCC National FF1600 title, will be one of his chief opponents.