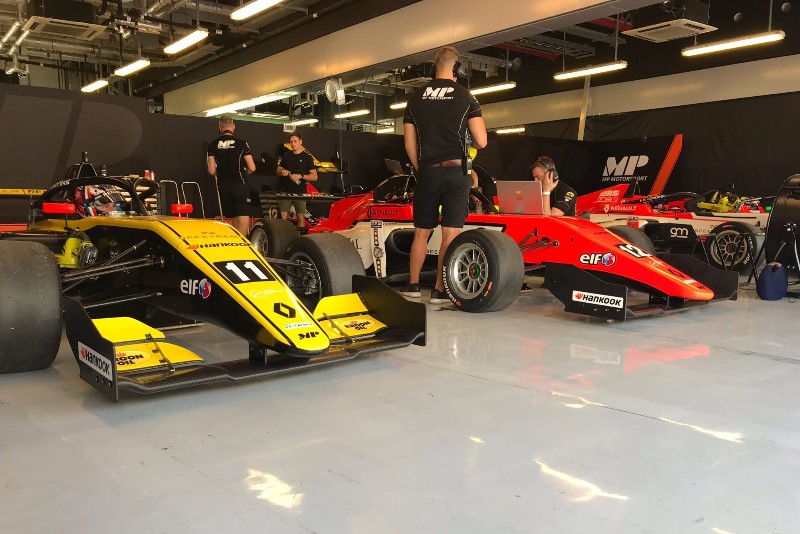 Victor Martins topped the times on the Formula Renault Eurocup’s first visit to Yas Marina in a pre-event test for the season finale.

Martins’ 2m08.645s lap was seven tenths of a second faster than R-ace GP title rival Oscar Piastri, with Martins’ own MP Motorsport team-mate Lorenzo Colombo, Caio Collet (R-ace GP) and Kush Maini (M2 Competition) the only drivers to get within a second of the pace.

Temperatures came close to 40?C during the daylight running, and the session was briefly stopped when Arden’s Patrik Pasma stopped on track at Turn 19. His team-mate Sebastian Fernandez was sixth fastest, just ahead of R-ace GP’s Alexander Smolyar and Gregoire Saucy, and JD Motorsport’s Leonardo Lorandi.

Nannini was 11th fastest in a car he’s used to racing in Formula Regional European Championship, while Luethen was seven seconds off the pace behind GRS team-mates Xavier Lloveras and Alessio Deledda.