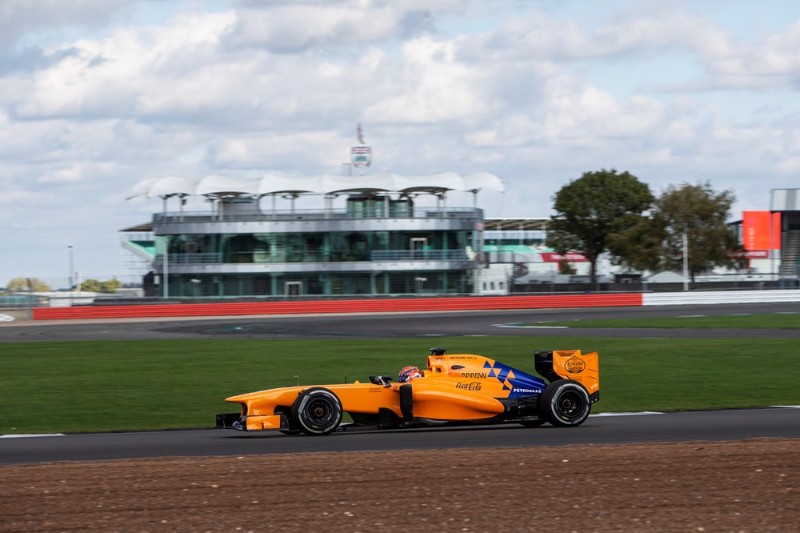 The 17-year-old finished fifth in BRDC British Formula 3 last year in his first, and so far only, year in in single-seaters.

At the end of the year, he beat Formula Renault Eurocup champion Max Fewtrell and British Formula 4 champions Jamie Caroline and Kiern Jewiss to win MABA after tests in a variety of machinery.

A switch to GT racing this year resulted in 22nd place in British GT and 55th overall in the Blancpain GT Series.

“It’s such a good car. I knew it’d be fast, but I didn’t think it would be that fast!” Gamble told Autosport.

“Everything, the speed is phenomenal, the braking, the aerodynamics. It’s awesome. I just want to keep going. It’s so good, such a good car. A massive thanks to McLaren for giving me the opportunity.

Gamble, who won the Ginetta Junior title in 2017, completed one installation lap and then four runs of flying laps in the car, which was previously raced by F1 world champion Jenson Button.

Three of this year’s Aston Martin Autosport BRDC Award finalists were present at the test, with Enaam Ahmed busy at FIA F3 Championship testing at Valencia. The serial F3 winner will join W Series champion Jamie Chadwick and British F3 title contenders Johnathan Hoggard and Ayrton Simmons for the track tests at Silverstone that will decide this year’s winner.