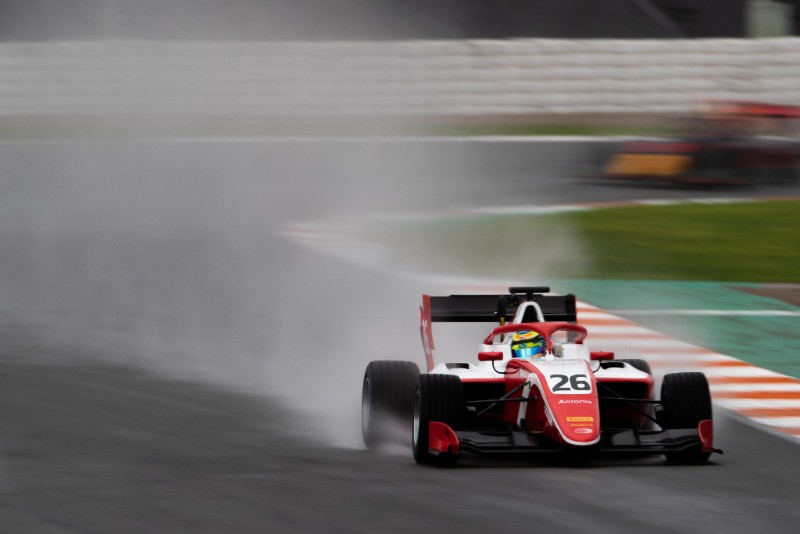 Logan Sargeant topped both sessions for Prema on a wet final day of the post-season FIA Formula 3 Championship test at Valencia.

Heavy rain hammered the Ricardo Tormo circuit early in the morning, with laptimes on the wet tyres over 10 seconds slower than the previous day’s benchmark.

Jenzer Motorsport’s Andreas Estner was the first to set a representative laptime, but the displacement of water meant times improved drastically and Renault juniors Max Fewtrell and Christian Lundgaard rose to the top.

There were several drivers who had offs in the wet, including Ferdinand Habsburg and Dan Ticktum who were both testing the car as practice for a return to the Macau Grand Prix.

Sargeant came into his own in the last half-hour of the session, setting personal bests on multiple occasions and becoming the only driver during the day to lap in the 1m33s.

The circuit got wetter prior to the afternoon session, and it was Trident’s Lirim Zendeli who looked most comfortable in the conditions.

A crash for Campos Racing’s karting graduate David Vidales stopped the session, and when it restarted it was Sargeant who was fastest again before another red flag interruption.

Enaam Ahmed went sixth fastest in the morning for Campos, then handed over his car to former Formula 1 driver Roberto Merhi – who earlier this year trialled US Racing’s FREC car to help the team.