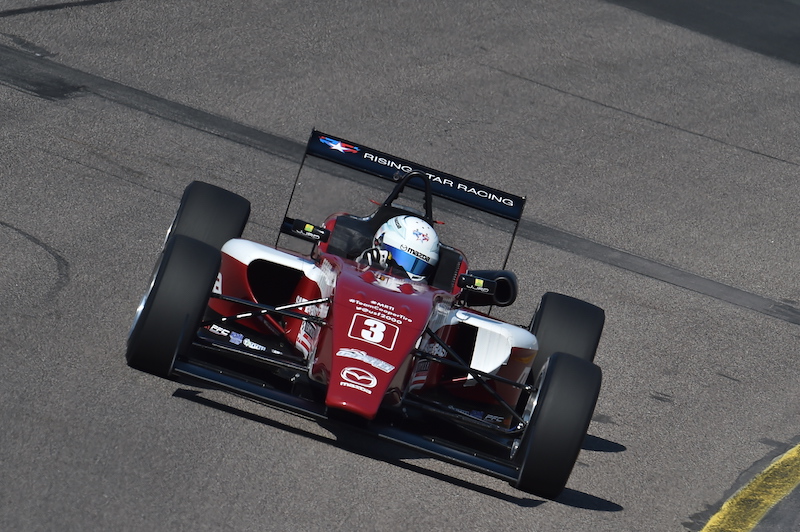 After two races of disappointment at Road America, Oliver Askew set the record straight again at Iowa Speedway with his sixth win of the USF2000 season.

At the rolling start Askew immediately put himself several car lengths ahead, and for the duration of the 60 lap race he was unsighted by his rivals.

Baron provided much of the race?s action in the first half after he fell from fourth to eighth at the start, and had to fight his way back up the order.

As the tyres degraded the race became far more eventful, and for the final 20 laps there was a dicey three-way battle for fifth place between Robert Megennis, Kaylen Frederick and Lucas Kohl.

Despite a field comprising of several speedway rookies, there were no caution periods in the race or cases of contact between drivers.