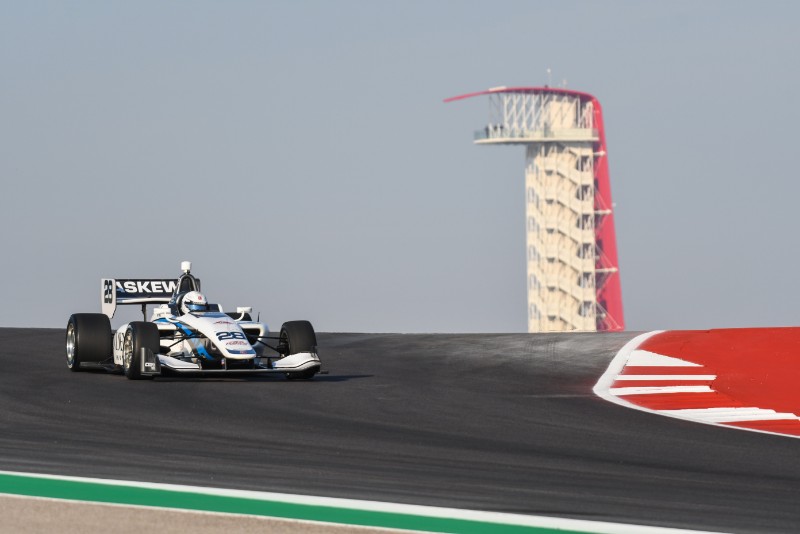 It was the 22-year-old’s second pole in a row after the St. Petersburg season opener, and follows up the test-topping times he set at the Formula 1 venue last month, where he was considerably less dominant.

Despite not participating in the pre-season COTA test and competing on a round-by-round basis, Toby Sowery went fourth fastest for the joint BN Racing/Team Pelfrey entry on just his second weekend in a Indy Lights car.

He headed BN Racing team-mate David Malukas, who outpaces Juncos Racing’s Rinus VeeKay by 0.0005s to take the fifth spot on the grid.

Belardi Auto Racing had a disastrous session, with Lucas Kohl and Julien Falchero close to two seconds off the pace in seventh and eigth, and championship leader Zachary Claman DeMelo failing to set a time.

Askew doubles up in Indy Lights qualifying at COTA