Askew doubles up in Indy Lights qualifying at COTA 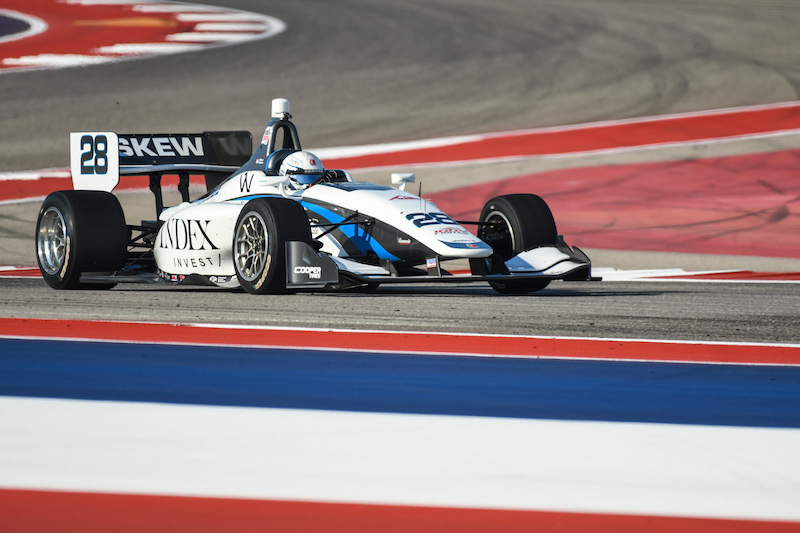 Oliver Askew took his third consecutive Indy Lights pole position to ensure he starts both races at the Circuit of the Americas from the front.

The Andretti Autosport driver’s advantage over his team-mates was narrowed from Friday’s first session, as he ended up leading Robert Megennis by 0.1758 seconds on the front row.

Ryan Norman, who will start in second for the opening race, was beaten to third place by Juncos Racing’s Rinus VeeKay by less than a tenth of the second.

Championship leader Zachary Claman DeMelo did set a lap time in this session after sitting out the first, and although down in seventh was still the lead Belardi Auto Racing driver as his team-mates and Juncos’s Dalton Kellett were off the pace.

The first ever Indy Lights race at COTA, the current venue of the United States Grand Prix, takes place later on Saturday.