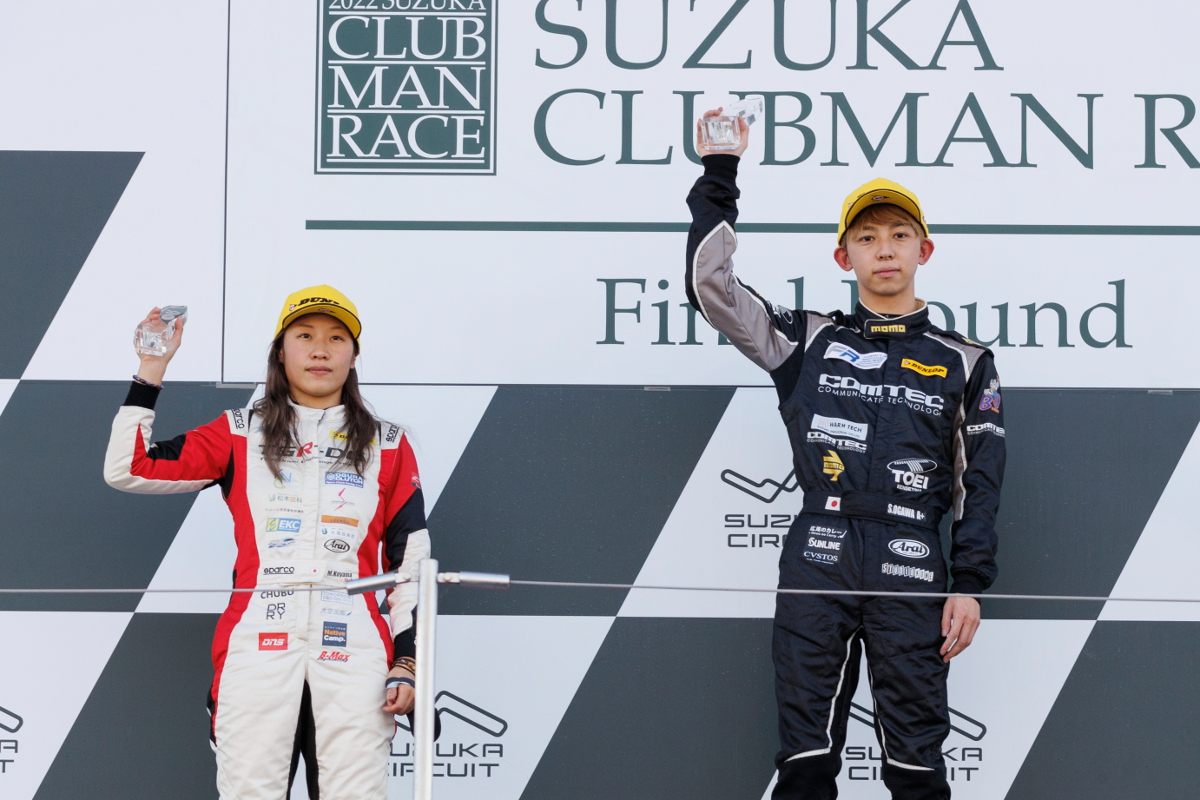 The Formula Regional Japan season concluded at Suzuka with wins for Sota Ogawa and Kazuki Oki.

Oki was late to move off the line in the race, immediately dropping to fourth while Ogawa took the lead. He reclaimed third place from Takashi Hata with a strong move around the outside, but then crashed out at Dunlop Curve on lap two and caused a two-lap safety car period.

Ogawa quickly built up a gap up front upon the restart on lap lap five of 13, and held a gap of over two second until the very end of the race when Koyama closed in to finish 0.806s behind.

Hata was a distant third and Nobuhiro Imada was a lonely fourth, while there was a ferocious battle for fifth between Masaru Miura and Yuki Tanaka. Masayuki Ueda then got involved, and managed to get between the two to finish sixth.

Ogawa claimed pole for race two, but it was Oki who had the lead by the first coner and kept a gap to Ogawa for the rest of the race to win.

The gap between them closed in the last few laps, but not by enough to set up a lead battle, and the race’s closest battle was further down the field between Imada and Hata for fourth place.

After laps of running nose-to-tail, Hata passed Imada around the outside of turn one and managed to build up a huge gap over him before the end of the race.