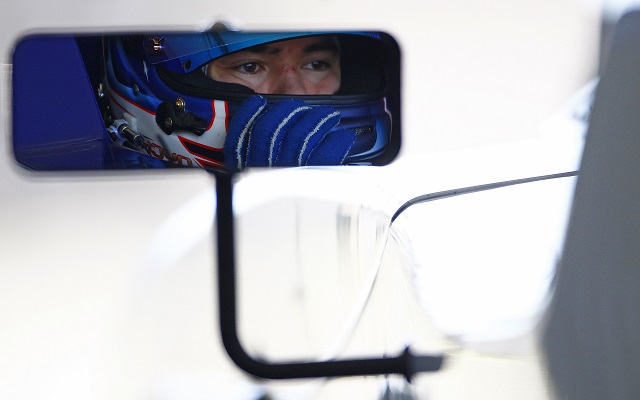 Koiranen GP’s Nyck de Vries took his first victory in Formula Renault Alps with a dominant lights-to-flag drive in the opening race of the 2014 season at Imola.

De Vries was unfazed by a lengthy safety car period early on and confidently increased his lead lap-by-lap after the restart, taking the checkered flag way ahead of the opposition.

What unfolded behind him was a rather hectic race, which saw a number of drivers in contention for the remaining podium positions.

As de Vries and fellow front row starter Bruno Bonifacio led the field into turn one off the line, there were a number of incidents down the order and, with numerous cars stuck in the gravel, the safety car was soon called out. The field would not return to green flag racing for more than ten minutes, as clean-up work took up almost half of the race length.

At the restart, de Vries and Bonifacio comfortably assumed their respective places at the front, while Fortec’s Jack Aitken held off teammate Seb Morris and ARTA’s Simon Gachet. Shortly thereafter, Aitken had a brief moment and lost a number of positions, while, soon, the same would happen to Morris, who dropped to the outskirts of the top ten.

While de Vries cruised to the finish in first, his Prema rival Bonifacio hit trouble on the final lap, losing five seconds and nearly letting Gachet through into second. The Brazilian held on, while the ARTA driver had to settle for third, picking up his first podium in Formula Renault racing.

Aitken took fourth, while Dennis Olsen narrowly held on to fifth, finishing half a second ahead of car racing debutant George Russell.

Hans Villemi started the race in third and held position on the opening lap, but would fall down the order shortly before the safety car. The Estonian managed to recover to seventh after the restart, with teammate Andrew Tang finishing close behind in eighth.

De Vries will start tomorrow’s race from pole, with Bonifacio again joining him on the front row.