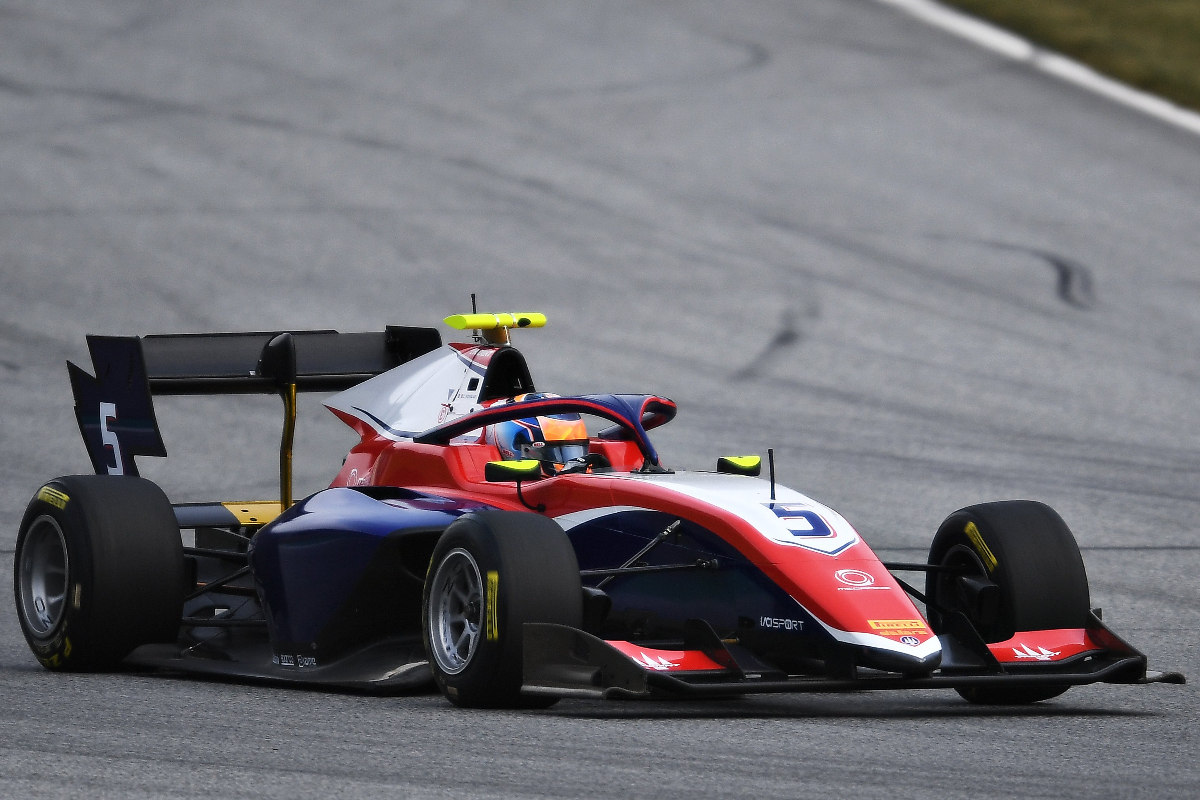 Drivers set out on installation laps at first, and even those who ventured out on track for longer than that were lapping well over 15 seconds off the expected pace.

From then on, drivers pushed to match that but many efforts were undone by running wide at the first corner and immediately having the laptime deleted as track limits abuse was a recurring problem at several corners.

Novalak went to the top halfway through the morning, setting a 1m19.522s, with MP Motorsport’s Caio Collet also bettering Edgar while de Gerus’s test team-mates Mikhael Belov and Logan Sargeant had still yet to set a lap.

Towards the end of the second hour Belov finally clocked up some flying laps, while ART Grand Prix’s Frederik Vesti went to the top of the times with a 1m19.492s.

Prema’s Olli Caldwell then matched Novalak in second place, before Collet bettered both and got within 0.013s of Vesti.

Alpine Formula 1 junior Victor Martins put MP on top next, but Novalak went even faster with a 1m19.162s lap that is a new track record for the series.

Martins responded with a lap that brought him closer but it got deleted, and he ended the morning in third behind team-mate and fellow Alpine junior Collet.

The fastest laps of HWA Racelab’s Matteo Nannini and Oliver Rasmussen were also deleted. Nannini had set his personal best at the very end after a lengthy red flag stoppage caused by Rasmussen crashing at turn eight with 21 minutes to go.

Sargeant had left the pits not long before that, but he didn’t get the chance to set a flying lap until the final minute of the session and his effort took him straight to 14th.