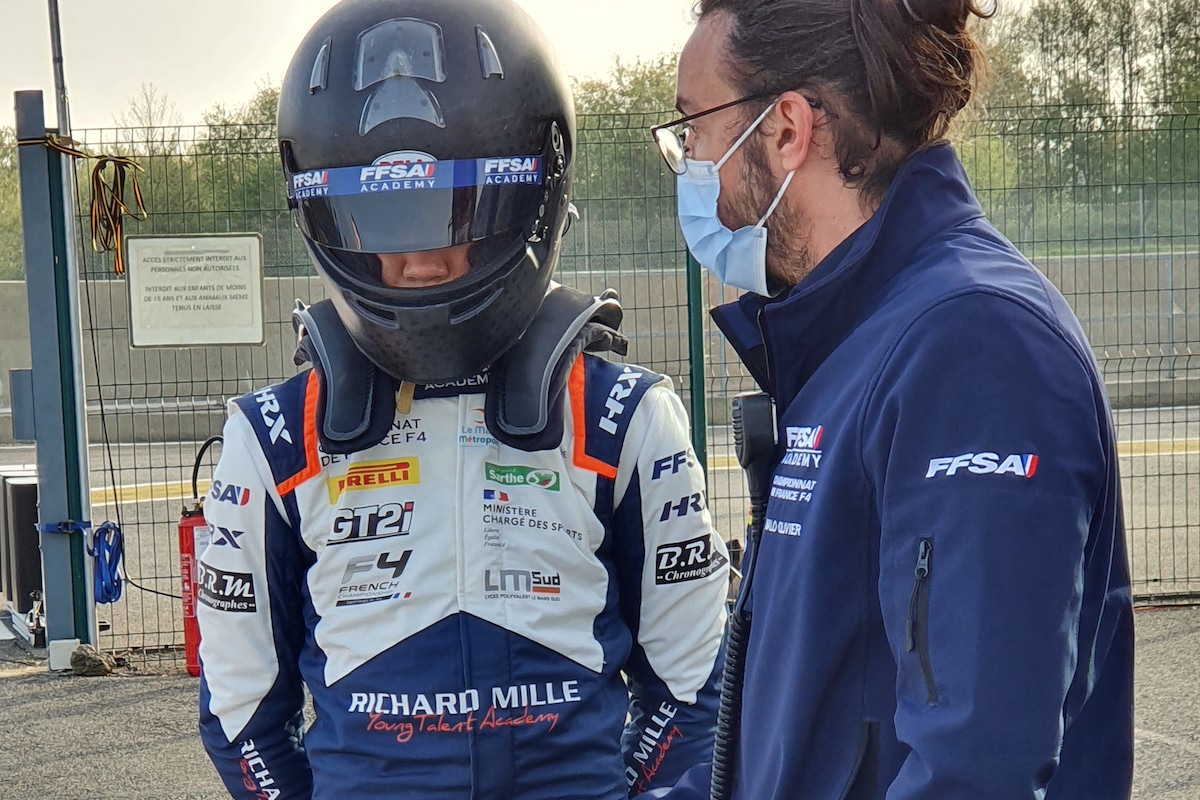 Richard Mille Young Talent Academy shootout winner Barter set the pace pretty much throughout, initially lapping in the 1m29s before steadily improving through the first 15 minutes of the half-hour of track time.

The order was mostly set by the mid-point of the session, with Barter having set a 1m27.958s lap that put him just 0.008 seconds ahead of 2020 guest driver Esteban Masson.

Aiden Neate, Gael Julien and Daniel Ligier also all got within a second of the pace, and 3.815s covered the entirety of the 16-car field.

Pierre-Alexandre Provost was in second place early on, but the gains he made were smaller than those around him and he hadn’t broken into the 1m28s by the time the session ended and he was down to 10th place.

Qualifying takes place on Saturday afternoon, with the first two French F4 races of the year running on Sunday and then the third race of the extended Easter weekend taking place on Monday.