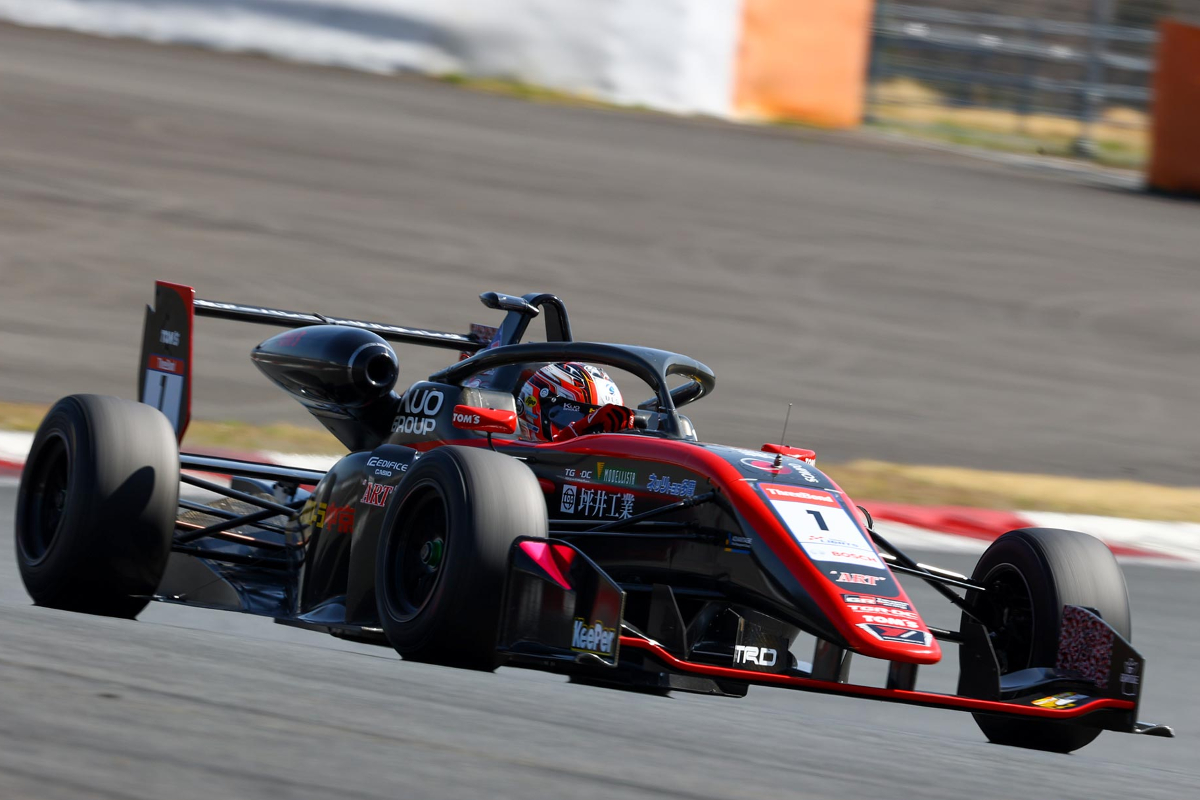 Super Formula Lights has released a 13-car entry list for this weekend’s season opener at Fuji Speedway, with one of the title favourites absent.

Kazuto Kotaka came third in the series last year for TOM’S, with one win in the season finale, and signed to stay with the team for 2021. However he has been replaced in the team’s line-up by Toyota junior Seita Nonaka for Fuji.

Nonaka came third in Japanese Formula 4 in 2020, and will be making his series debut. Kotaka meanwhlie is also expected to be making a debut as a stand-in for one of the drivers who can not compete in the Super Formula season opener due to travel restrictions.

During last week’s SF test at Fuji, Kotaka substituted for Toyota sportscar driver Kamui Kobayashi at KCMG, and he may take the former Formula 1 driver’s seat while he is unable to race.

Other notable names in the entry list include Lucca Allen, who alongside Seiya Jin forms a two-car line-up at Albirex Racing. The Irishman signed to race for the team in January, but was unable to make it to Japan for pre-season testing.

Euroformula race-winner Teppei Natori has secured his seat at B-MAX Racing after struggling for budget during the off-season after losing his status as a Honda junior, while W Series racer Miki Koyama will drive for the sister B-Max Engineering team at Fuji after testing with the outfit.

Koyama’s team-mates will be Masters class entrants DRAGON and Nobuhiro Imada, while Natori is solo in the main team. RS Fine will run a single car for Shunsuke Kohno as it did in 2020.