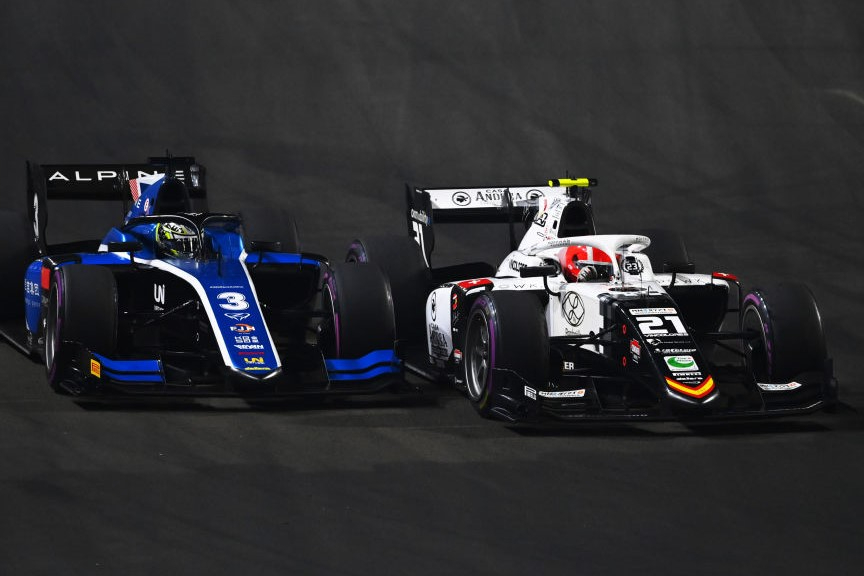 Campos Racing’s Ralph Boschung has said that a multitude of factors are behind the progress made that resulted in his first Formula 2 podiums in this season’s final two rounds.

Boschung has raced on-and-off in F2 since 2017, but wasn’t in the series full-time until this year as he worked hard to fund an entire campaign with Campos. It was the same team he raced for in 2017, and then at the end of 2020 on his series return.

He finally achieved his first podium on his 76th start, in the truncated Jeddah feature race, and followed it up with another third place in the second Abu Dhabi sprint race. He ended the season 10th in the points, and will stay with Campos for 2022.

“Of course more and more,” Boschung said of how his confidence behind the wheel has been boosted by Campos being able to convert its stronger qualifying pace into a race pace that has enabled him to fight for more points.

“But I always try to stay relatively realistic, but when you look at the qualifying performances, especially in the last five, six rounds, it’s been really strong.

“So in quali usually I’m quite confident to be within the first six, but then in the races it was a bit low in the beginning but now race-by-race it’s getting better.”

In Jeddah that was evident, as Boschung started fourth for sprint race one but faded to 15th place, but then went from 15th to ninth in sprint race two. His feature race podium came from seventh on the grid.

“I don’t think there is any magic bullet [to the success]. To do a good job, there is no magic, it’s hard work, understanding when things don’t go right, why they’re going like that, and the people that we have at Campos are just amazing and in general if you have good people in a team, and you have a good understanding, you can make great things. That’s what we’re trying to achieve, and we’re slowly achieving it.”

Formula Scout asked Boschung whether the stability of a full campaign has helped with the building Campos and his recent form.

“Yeah, for sure. It’s always better late than never. For sure having the finances to complete a full season, having already closed for next season which is very not logical in my situation, but it’s true.

“That helps a lot, and it’s just the mind is more free when you know you can just focus on the driving and you don’t have to focus on finding the budget to race. It puts me in a much stronger position.”

For 2022, Bosching will “try to continue with the trend that we have now”.

“Trying to improve race-by-race, that’s something that we’re really striving for and [to] see where it ends up,” he said. “I think we cannot really pinpoint a certain end result, but just keep working hard and always do step-by-step and race-by-race.”

The route Bearman took to his momentous F4 title double