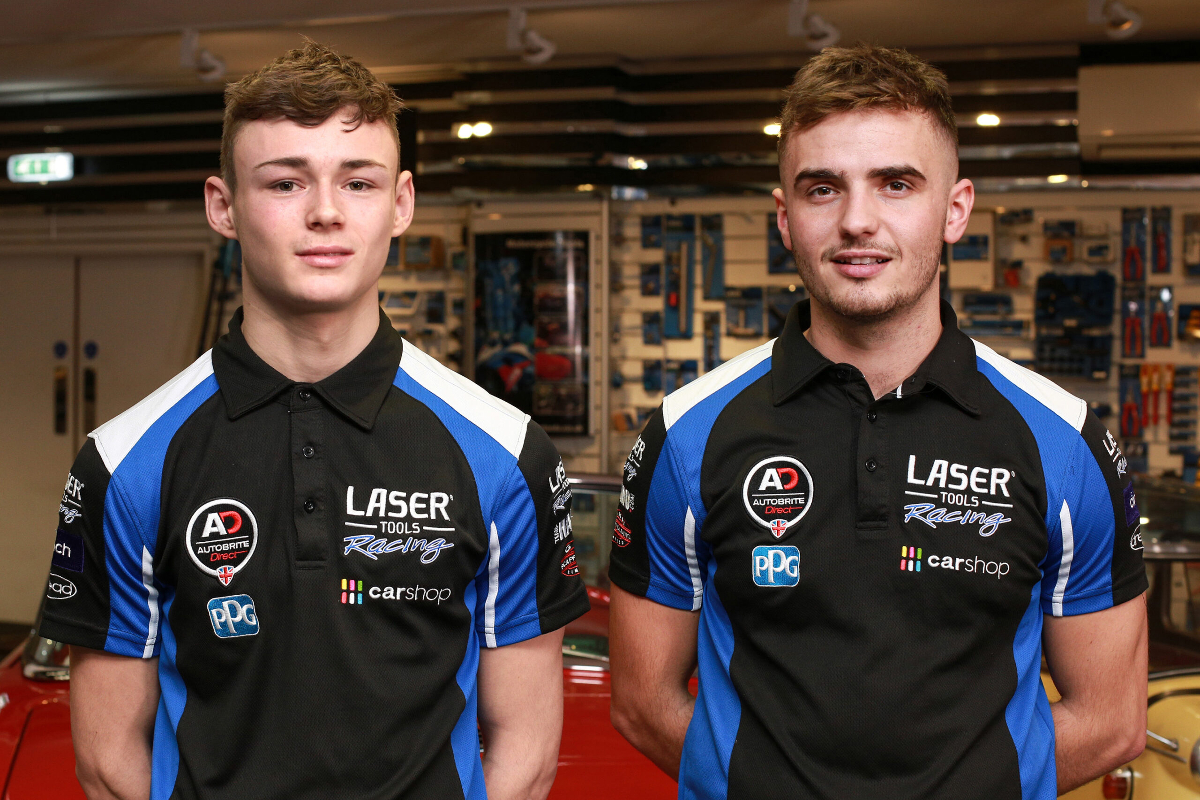 Former Sauber junior Dexter Patterson will make a surprise move into the British Touring Car Championship next year as he joins the Laser Tools Racing team in an Infiniti Q50.

The move has come about for the 18-year-old after a recent test at Snetterton in the car which left a strong impression on the team. He will be team-mate to Aiden Moffatt, who will also coach Patterson on his transition to touring car racing.

Patterson only debuted in single-seater racing last year, being brought into Formula 4 by Sauber after winning the 2019 WSK Super Master Series in OK karts and being crowned world champion in OK Junior karts two years before.

“I loved the Infiniti,” said Patterson. “It is certainly different to the single-seaters that I’m used to. It was a bit slippery in the morning session, but as the track dried off in the afternoon we went onto slicks and I was very happy with my laptimes.

“The brakes take a bit of getting used to though — in the single-seater I can see when the tyres are about to lock up and I can brake much later. So, I’m really looking forward to the extended test sessions pre-season and of course, getting used to the new hybrid car. What an opportunity!”

The Scot had a broken up second year in single-seaters in 2021, starting in February being told that Sauber would no longer fund the racing of himself or his fellow juniors besides Theo Pourchaire.

Patterson secured a GB3 seat with Douglas Motorsport, taking a podium in round one but then being excluded from round two for a paddock altercation. That same month he split with Sauber, and did one more GB3 round before debuting in Formula Regional European Championship.

Patterson was intially set to do four GB3 rounds, with his budget spent round-by-round, but with FREC racing at Spa-Francorchamps on the same weekend as GB3 he opted for the seat in the FRegional series as it was cheaper.

There was then a three-month break in his racing activities, and he worked at his father’s garage in Scotland before signing with Drivex School to contest the Euroformula finale at Barcelona.

Fighting food poisoning, Patterson qualified 16th and last with no prior experience of the series’ car then finished 14th, 13th and 13th in the weekend’s three races. He was supposed to make a second FREC appearance, but withdrew.

At that point he didn’t have the budget for 2022, but had evaluated the two Europe-wide series as his options for the next year.

The BTCC deal has now secured him a racing future, and makes him the second single-seater talent to get Laser Tools support as Formula Ford 1600 star Logan Hannah is backed by the team.

Laser Tools ran Ashley Sutton to this year’s BTCC title, and won the teams’ championship. Its team principal Bob Moffat said he was “very excited” to sign Patterson and it could “continue with Laser’s ethos of spotting young talent and then developing that talent on the racetrack”.