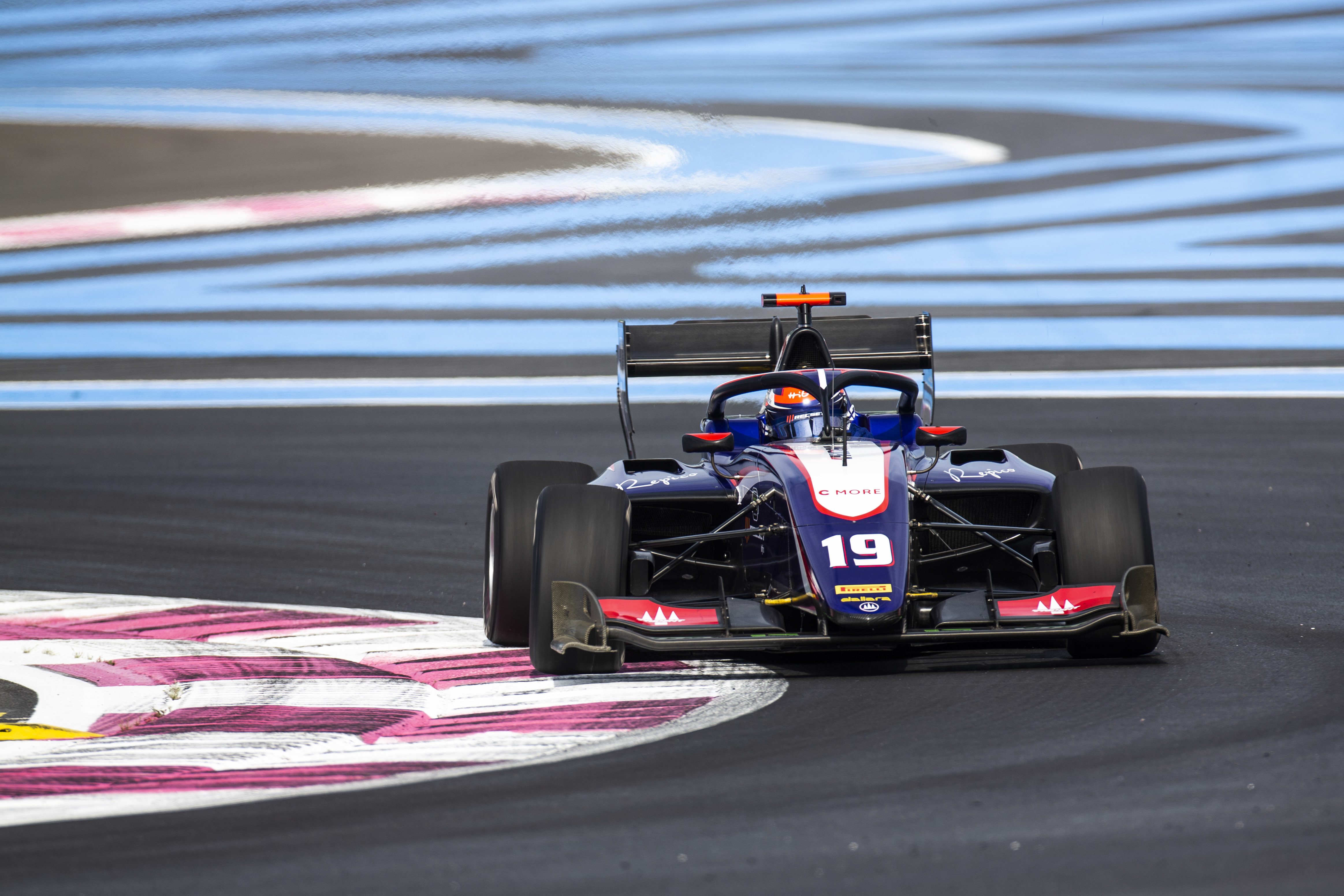 Ending Prema control of top spot early in the session, Kari then slipped down the order as the opening runs of the 45-minute session unfolded. He sprung back into life with rapid pace in the final five minutes.

On his final lap of the session, Kari improved upon his previous best in sector one but was unable to complete the lap after being forced to stop on track at Turn 6.

The seven drivers directly behind Kari on the timesheet all improved on their final laps of the session, as the low grip surface at Paul Ricard evolved quickly through the session.

Shwartzman had slipped down the order in the closing minutes before launching back to second place, a slender 0.044s adrift of Kari’s benchmark at the chequered flag.

HWA’s Jake Hughes missed out on a late improvement and he ended up eighth as a result, despite having challenged for top spot during the session.

Marcus Armstrong and Christian Lundgaard, who topped the timesheet on day one and day two respectively during pre-season testing at Paul Ricard, ended up 10th and 12th, despite demonstrating similarly strong pace early on.

Lundgaard was on course for an improvement at the end of the session but ran wide and aborted the lap.

Only 29 cars are taking part this weekend rather than 30, with Jenzer driver Artem Petrov absent.