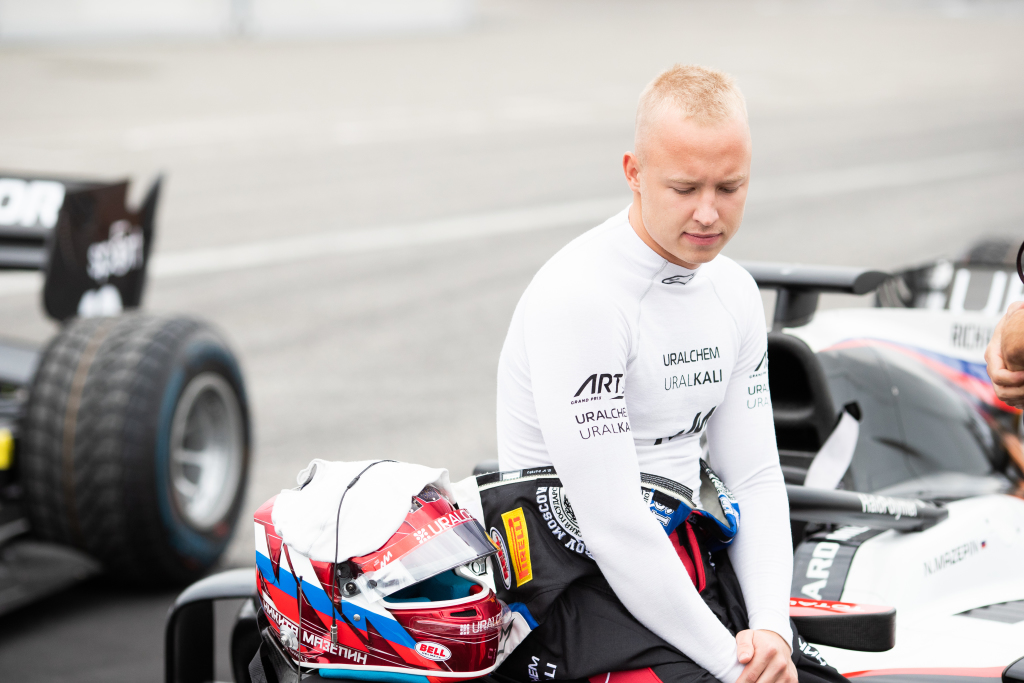 Nikita Mazepin has been handed a 15-place grid penalty for the next Formula 2 race for colliding with Nobuharu Matsushita in the Sochi sprint race, resulting in both visiting hospital.

The opening lap clash caused the race to be red flagged, with Carlin’s Matsushita requiring assistance to exit his car after being speared into the Turn 4 barriers by ART Grand Prix driver Mazepin.

Both reversed grid poleman Mazepin and Campos Racing’s Jack Aitken went off track at Turn 2, with Aitken accelerating through the designated re-entry route in the expansive run-off.

Mazepin skipped it, and was clipped by Aitken as they rejoined the track together. This sent Mazepin into the path of new race leader Matsushita, who tried to take avoiding action but was still hit by Mazepin twice: once which sent him into the barriers, and a second time as his car bounced off the TecPro.

According to the race stewards, Mazepin ‘showed a total lack of due car for his fellow drivers and caused a bad incident, which could have been much worse’. In addition to his 15-place grid penalty, four penalty points were put on his licence.

Matsushita was required to stay overnight in hospital, but it has been confirmed that both drivers are uninjured.

MP Motorsport’s Mahaveer Raghunathan, who has already served a race ban this year, also received a penalty point in the restarted race for not rejoining? safely after going off at Turn 2.

The lap one incident could have played out differently after Matsushita’s team-mate Louis Deletraz braked late on entry to Turn 2 and then cut across the corner at speed. He avoided Aitken and Mazepin as they were already off-track, but came very close to hitting Matsushita and DAMS’ Sergio Sette Camara before spinning into the inside of Turn 3.