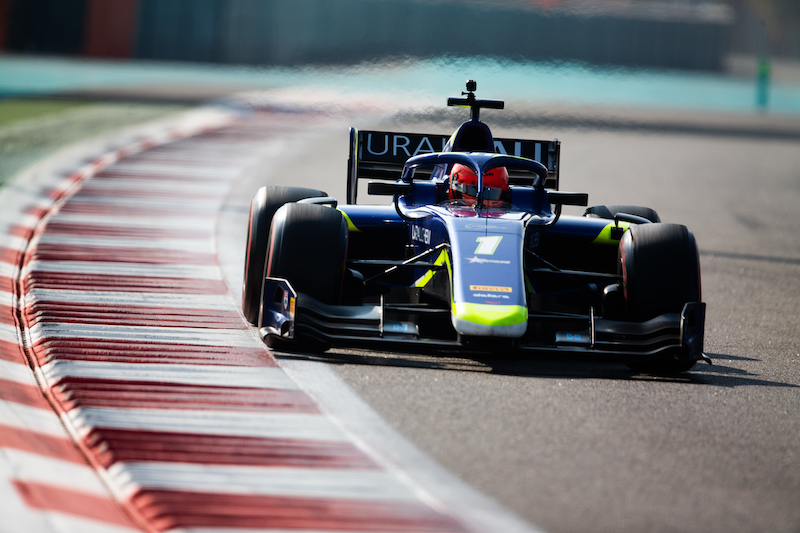 Nikita Mazepin posted the best time on the third and final day of the Formula 2 post-season test in Abu Dhabi, which ended with ended with a late rain shower.

Testing for Carlin, Mazepin posted a 1m50.473s inside the first half hour of the morning session, in which he later triggered a red flag.

His time, three tenths of a second off the best set by Louis Deletraz on Thursday, remained the quickest time through the morning and also the afternoon, where Mick Schumacher went top with a 1m51.569s with 40 minutes remaining.

The cars had returned to the track for their final runs when the rain fell with around 15 minutes to go, causing all drivers to return to the pits, and although many did re-emerge, times were off the pace.

That left the fastest times from the morning as the best of the day, with Mazepin leading Virtuosi signing Callum Ilott by 0.029 seconds.

Deletraz was third for Charouz ahead of Ralph Boschung of MP Motorsport and DAMS recruit Dan Ticktum as the last drivers to go beneath 1m51s.

How Robert Kubica set the perfect example for young drivers