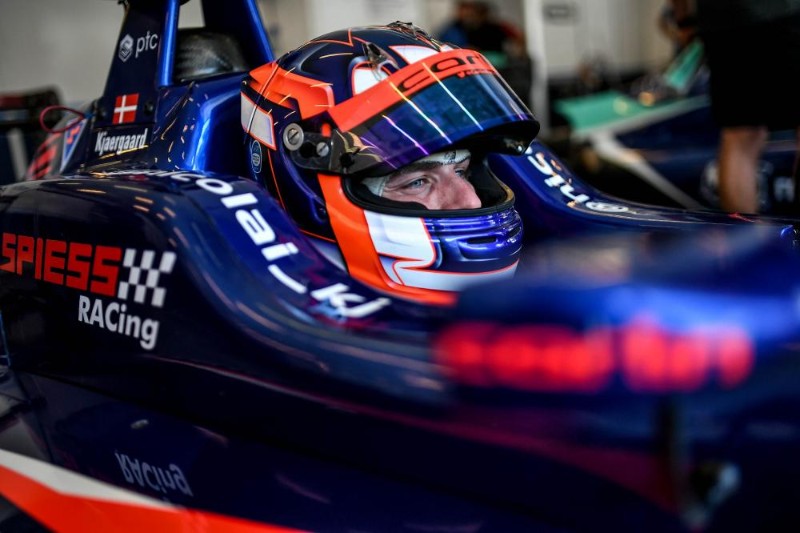 Carlin’s Nicolai Kjaergaard was the pacesetter in the second Euroformula Open free practice session at Barcelona.

The Dane benefitted from a tow and getting the most out of new tyres to send himself to the top of the times, then improved again twice later on.

This meant he was unchallenged by Teo Martin Motorsport’s resurgent Lukas Dunner, who ended just 0.110 seconds off.

Christian Hahn was third fastest, despite setting the fewest laps of anyone. The Carlin driver had a lengthy spell in the pits midway through the session, but returned to track and through successive improvements climbed up the order.

A late rotation of the order from drivers making improvements ended with Niklas Krutten as the lead Motopark driver in sixth, Carlin?s Teppei Natori and Billy Monger just behind in seventh and eighth, and the Red Bull-backed Motopark pairing of Liam Lawson and Yuki Tsunoda completing the top 10.

Manuel Maldonado recovered from his FP1 crash to go 11th, but reported that he was feeling unwell.