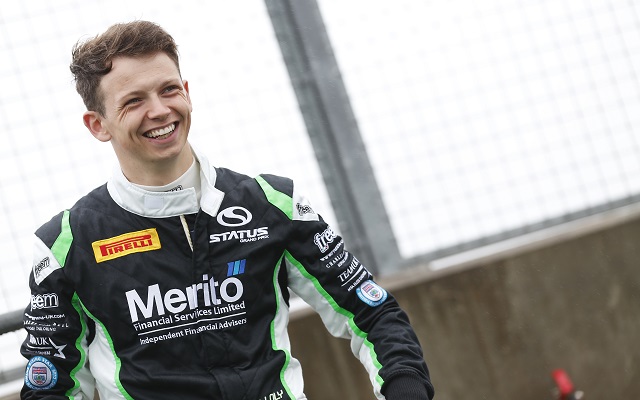 British single-seater racer Nick Yelloly has secured a switch to sportscars for this year, signing with the Jota Sport team for the European Le Mans Series.

The 24-year-old has competed in the GP3 for the three of the past four seasons, split by a twice-race-winning Formula Renault 3.5 campaign in 2012.

He will join team regular Simon Dolan and on-loan Audi factory driver Filipe Albuquerque at the team which finished second in the ELMS last year and won the LMP2 class at Le Mans.

Yelloly essentially replaces compatriot and ex-F3 racer Harry Tincknell, who has secured a drive with the new Nissan LMP1 project after a sensational rookie season in sportscars last year.

?I?ve never raced a sportscar and tested one for the very first time early in February so 2015 will be a completely new experience for me and one that I?m eagerly looking forward to,” he said.

?Sportscars will be my only programme this year and the decision was very simple. The sportscar category is now getting much bigger compared to some top-line single-seater categories, the racing intrigues me having to master new skills from almost continuous overtaking to fuel saving, and who could turn down competing at Le Mans? A number of single-seater guys have successfully made the switch over to sportscars like Brendon Hartley and Harry Tincknell. I have always dreamt of racing a LM P1 sports-prototype at Le Mans.

?Joining Jota Sport was logical after its massively successful year in 2014. I?m really pleased to get this opportunity and to be able to race with a team that put Harry Tincknell on the road to success. Jota was the ELMS runner-up and so the target must be to go one better and replicate its Le Mans success. I can’t wait for the new challenge that lies ahead.?

Yelloly began his single-seater career at the end of 2008 in Formula Renault 2.0 UK, finishing second to Tincknell in the following year’s Winter Series and then taking seventh in the 2010 championship. Moving onto GP3, he scored a podium finish in his rookie year, and claimed a second-place finish at the end of a six-race run in FR3.5 with Pons.

That led to him to race full-time in FR3.5 for Comtec in 2012, winning at Motorland Aragon and the Nurburgring. Returning to GP3 for 2013 with Carlin, he took four podiums on his way to sixth in the points, a result he repeated last year for Status, securing his maiden win in the final race in Abu Dhabi.