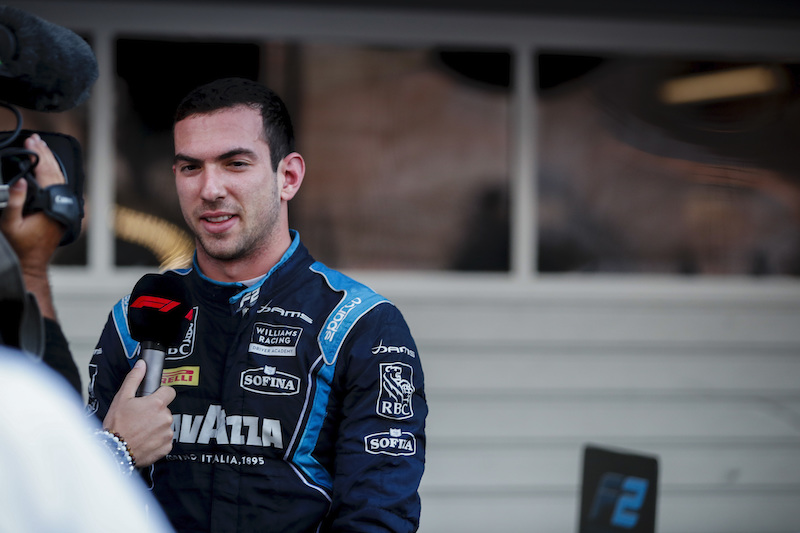 Formula 2 race-winner Nicholas Latifi will step up to Formula 1 in 2020 after securing a seat with Williams, completing the grid for next season.

Latifi, currently second in the F2 standings before this weekend’s final round in Abu Dhabi, joins the 2018 F2 champion George Russell in the Williams line-up, replacing Robert Kubica.

The 24-year-old Canadian, whose move into F1 has been made possible with the backing of his father Michael, has been a test driver for Williams this year, running in several practice sessions at grands prix, having previously held roles with Force India and Renault.

“I have thoroughly enjoyed working with the team this year, supporting them with the development of the car, and assisting wherever I can trackside and at the factory.

“I look forward to the journey ahead with the team, and I am excited to make my Formula 1 debut at the Australian Grand Prix in 2020.?

Latifi is coming to the end of his fourth full season in F2, all of them contested with DAMS, having previously entered five rounds across the 2014 and 2015 GP2 campaigns.

Fifth overall in 2017 when he took a sprint race win at Silverstone among nine podium finishes, he managed only ninth last year after an illness limited his pre-season with the new F2 car.

Added to the points he scored in 2017, Latifi required another top-five finish in F2 this season to earn his superlicence required to step up into F1, something that became guaranteed in the previous round at Sochi, even though he lost his chance to beat Nyck de Vries to the title.

He is 10 points ahead of third-placed Luca Ghiotto, 19 in front of fourth-placed Sergio Sette Camara and 35 clear of fifth-placed Jack Aitken, while sixth-placed Nobuharu Matsushita can no longer catch him, some 70 points adrift.

Latifi led the championship early on after winning the feature race in Bahrain as well as the Baku sprint race and Barcelona feature, but his only other win since then came in the Hungaroring feature race.

“All of us at Williams have been immensely impressed at what he has achieved this year in Formula 2, along with his commitment to the team, and the work that he has put in behind the scenes,” said deputy team principal Claire Williams.

“Nicholas has become an established and well-respected member of Williams, and we look forward to him stepping up into this new role, as we look to fight our way back to the midfield.”

Latifi will be the only rookie on the F1 grid at the Australian Grand Prix next March.