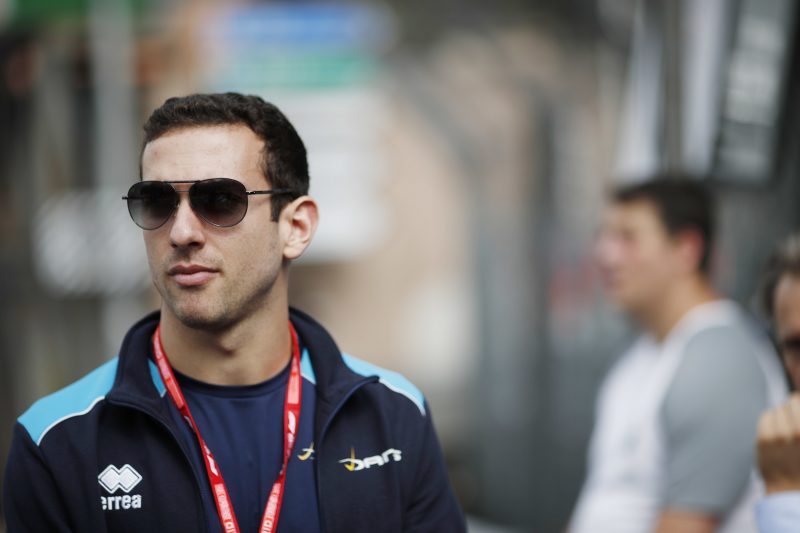 DAMS’ Formula 2 title contender Nicholas Latifi has said he will ‘focus on consolidating second in the drivers? championship’ after a pointless weekend at Monza.

The Canadian qualified seventh for the feature race, in which he got a puncture from a clash with Virtuosi Racing’s Guanyu Zhou and finished 13th.

In the sprint race, he finished a distant 10th but started on the back foot after spinning on the way to the grid.

?The track looked completely dry but at Turn 3 ? the long flat-out right-hander ? I was caught out by a damp patch in the shade under the trees,” Latifi said of the spin.

“I hit it at high speed, spun, and flat-spotted all four tyres. The fronts were especially bad.

?After that I didn?t have a chance to fight. I was missing so much performance from the tyres in the corners, understeering everywhere and with such massive vibrations on the straights I almost couldn?t see through my visor. I was fighting a losing battle.

?I clung on to see if I could get a point or two, but 10th was the best I could do. My race was over before it started.

“It?s a huge shame and I feel bad for the team ? they deserved more from the weekend.”

Championship leader Nyck de Vries qualified on feature race pole but was then excluded from qualifying after his ART Grand Prix-ran car failed to provide the required fuel sample at the end of the session.

He finished third in both races, extending his lead to 59 points over Latifi. There are 96 points available at Sochi and Abu Dhabi.

?Mathematically [the title]’s still possible, so of course I will give it everything, but Nyck now has a good chance of claiming the title at the next round,? Latifi added.

?While Sochi was a good track for me last year, the title fight isn?t really in my hands any more. The focus has to be on consolidating second in the drivers? championship and keeping the lead for DAMS in the teams? standings.?