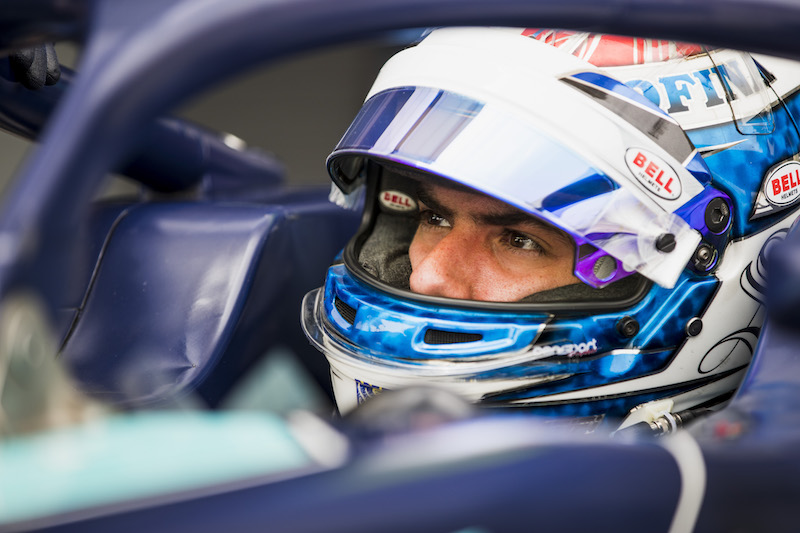 Formula 2 racer Nicholas Latifi has moved from Force India to Williams for more Formula 1 practice and test outings in 2019.

The 23-year-old Canadian has been officially named as a reserve driver for the team, but is currently not eligible for a superlicence in order to stand in for either George Russell or Robert Kubica in a race next season.

?I’m thrilled to be joining an iconic team like Williams as a reserve driver for 2019,” he said.

“It’s a fantastic opportunity to continue my F1 development, and to build my on-track experience with more FP1 sessions and the rookie and Pirelli tests.

“As well as this, a big part of my role will be simulator driving and helping to support the development of the new car.

“I look forward to spending time in the factory at Grove, immersing myself within the team and assisting wherever I can.

“This is an amazing opportunity that I?ve been given and I?m excited to get started.”

Latifi tested for Renault during 2016 and 2017 and had five free practice outings for Force India this year.

His move to Williams follows the confirmation that compatriot Lance Stroll will switch in the opposite direction to race for Force India following his father Lawrence’s rescue of the team.

Earlier this year, Latifi’s father Michael invested more than ?200 million for a share in the McLaren group.

Latifi has spent the last three seasons racing for DAMS in GP2 and Formula 2, winning two sprint races and finishing fifth in the 2017 standings, before coming ninth this year.

He is expected to continue racing for DAMS in 2019.