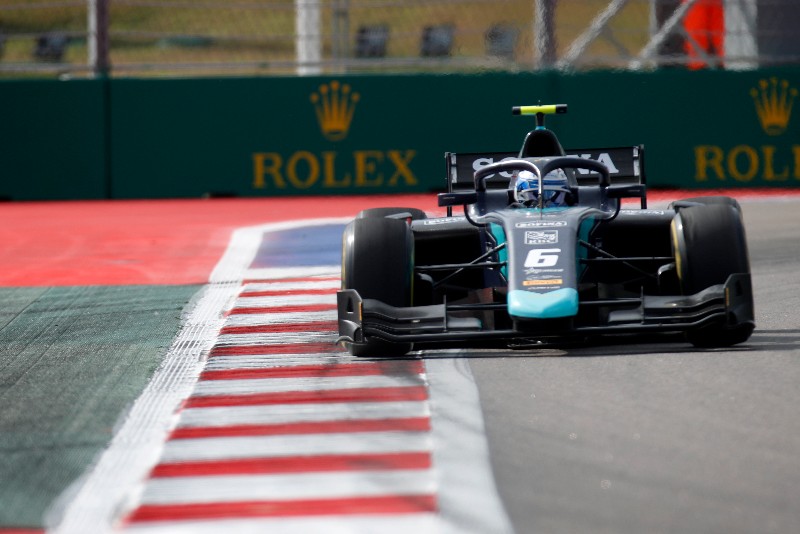 Nicholas Latifi led his DAMS team-mate Sergio Sette Camara by nearly a third of a second in Formula 2 free practice in Sochi.

The pair traded places at the top, with Latifi setting his best lap with over 10 minutes left of the session to go.

Championship leader Nyck de Vries was third fastest for ART Grand Prix, half a second back, and had a relatively quiet session bar a moment when the slow moving Dutchman obstructed the path of Campos Racing’s Jack Aitken and the Briton had to bounce over the kerbs to avoid him.

The positions at the top were established midway through the session, with Virtuosi Racing’s Luca Ghiotto and Carlin duo Nobuharu Matsushita and Louis Deletraz completing the top six.

Aitken was the last driver to get within a second of Latifi in seventh.

Trident’s Ralph Boschung was 12th fastest on his championship return, with local drivers Matevos Isaakyan (Sauber Junior Team by Charouz) and Artem Markelov (Arden International) down in 16th and 20th.