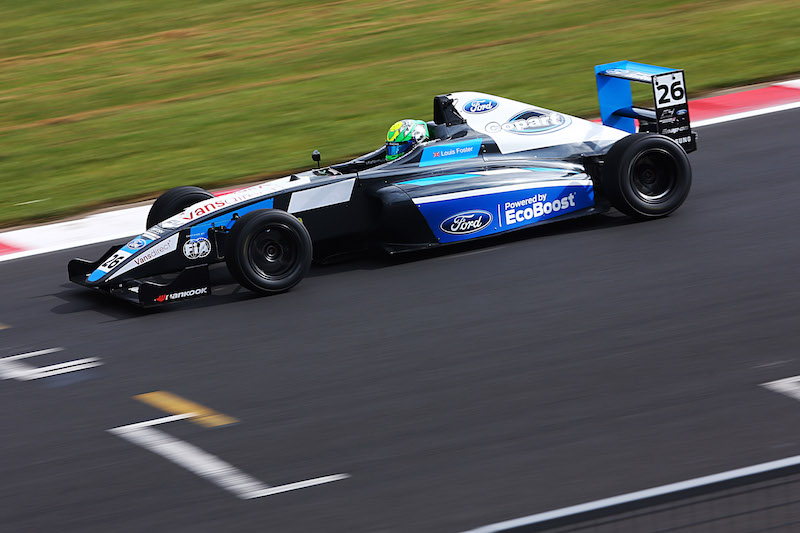 Foster had a two-tent advantage over the rest of the field after going fastest in all four test sessions on the circuit’s National layout.

JHR Developments trio Carter Williams, Alex Walker and Josh Skelton filled fourth to sixth positions, with Walker returning to the championship after sitting out the Knockhill round.

Arden’s best driver Bart Horsten was half a second off the pace in seventh, ahead of Richardson Racing’s Luke Browning and his Arden team-mates Alex Connor and Tommy Foster.

Richardson was running two cars for the first time, with English karter Luke Whitehead joining the team for the last three sessions and going 14th fastest. Whitehead has also tested heavily with Carlin this year, although has no plans to race this weekend.

Abbie Munro, who made her championship debut at Knockhill, was also present at the test with Arden and 1.119s off the pace in 16th place.