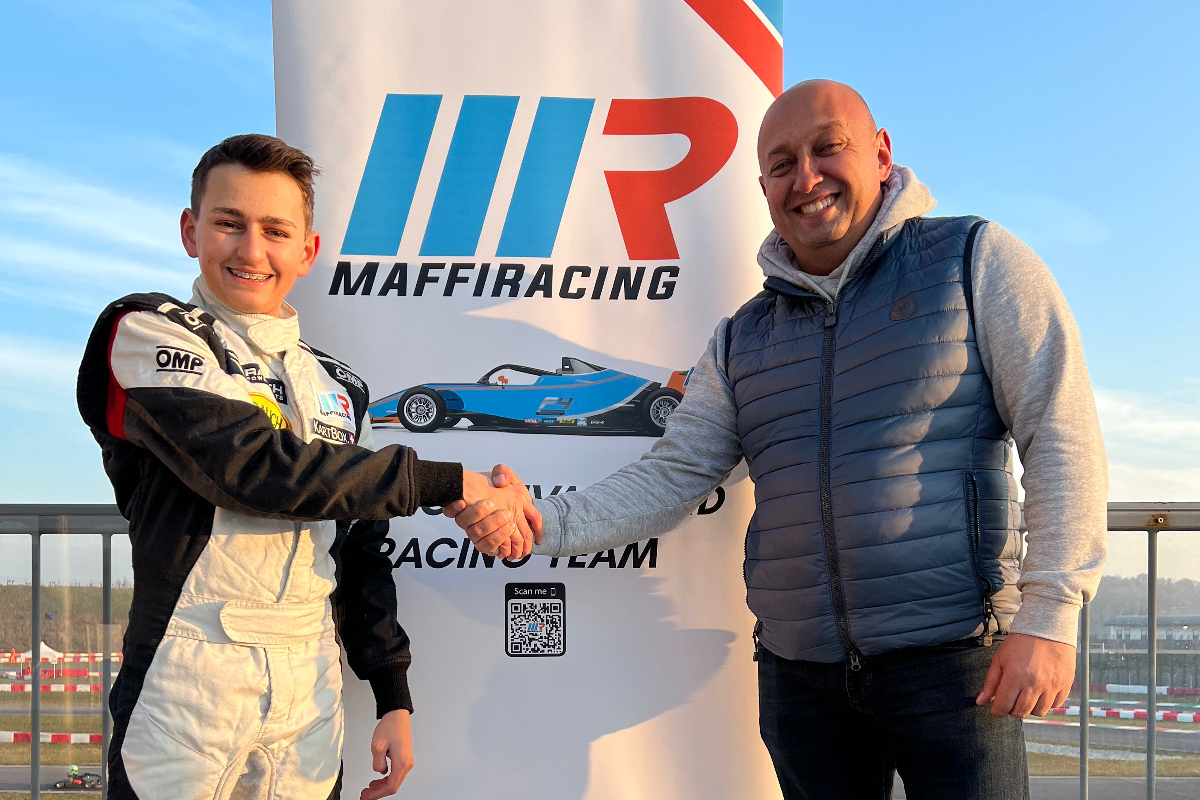 The Swiss outfit, which can trace its roots back to rallying in Ethiopia back in 1969, was relaunched last year with the ambition of racing in F4 and karting and has ordered three of the new, halo-shod Tatuus T-421 cars.

It signs Sperandio after two years of contracted F4 testing with Jenzer Motorsport for the 2019 Swiss OK-Junior karting champion.

“I’m so happy to join Maffi Racing in the Italian F4 championship,” said the 16-year-old Swiss-Italian. “Let’s give my best and see what this season brings.”

A team statement said: “We are delighted to welcome Elia to Maffi Racing and give him the opportunity to take the next step in his racing career. Talent should not be overlooked.

“His journey has given us a taste of what the future could hold for him in F4 and beyond. Now, we aim to go all out to help him continue learning within our environment and form a strong team to grow and deliver on and off the track.”

Over in France there is a new addition to the grid in its F4 series as Germany’s Max Reis has announced he will race there.

The karting graduate recently turned 15 and did private F4 testing through 2021. He won the ACV Kart Nationals and was the Rotax Max Challenge Clubsport title runner-up on Micro karts in 2018, was RMC Clubsport champion on Mini karts in 2019 and then came ninth in ADAC Kart Masters’ OK-J championship in 2020.

French F4 announced an initial 22-driver entry list in December, with at least one further addition alongside Reis expected.