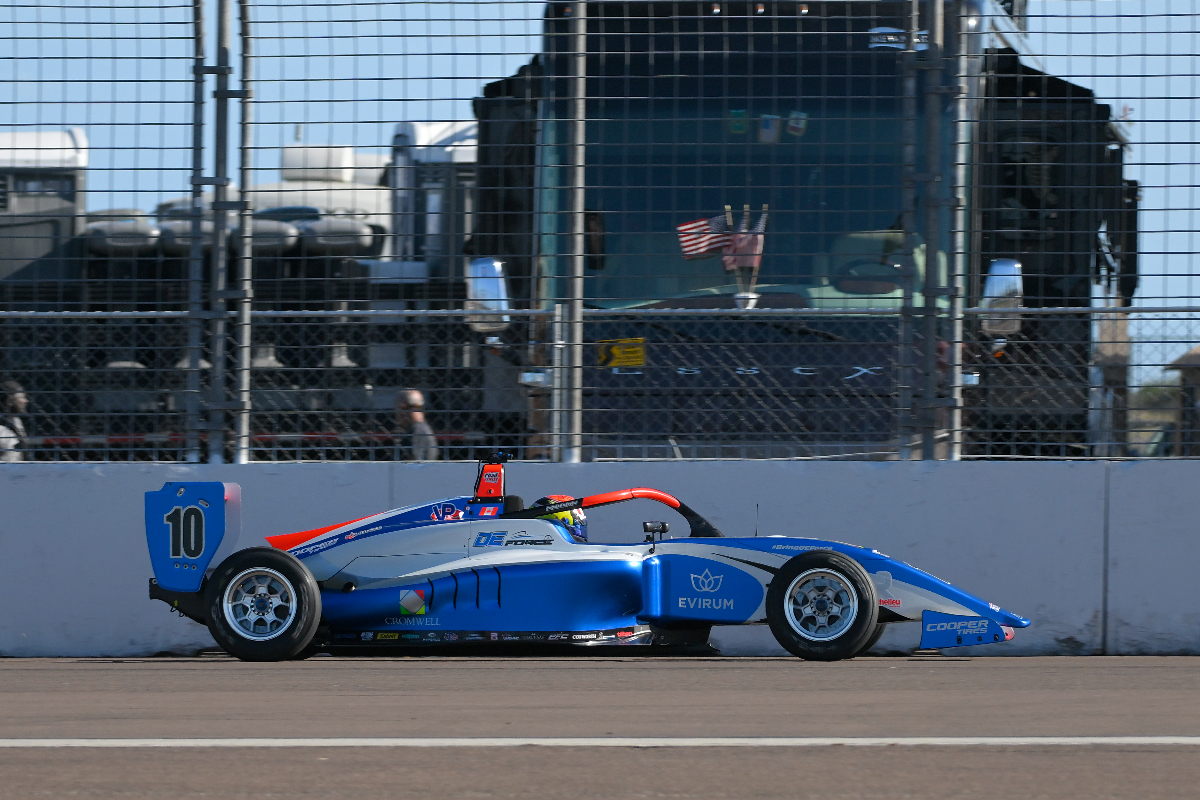 DEForce Racing’s Thomas Nepveu will start the USF2000 season opener in St. Petersburg from pole after posting a rapid last-second lap in qualifying.

Last year’s title runner-up Michael d’Orlando looked set for pole through much of qualifying, with the Cape Motorsports driver sitting at the top of the times by a few tenths of a second at the halfway point of the session.

Pabst Racing’s free practice pacesetter Jace Denmark was closest to his pace at that point, and closed in to just over a tenth of a second behind as qualifying went into its final 10 minutes.

Nobody improved immediately after, and it wasn’t until the drivers returned to track in the final minutes on fresher tyres did d’Orlando finally get dethrowned.

Denmark posted a 1m12.7399s lap with two minutes remaining on the clock, and his team-mate Myles Rowe tucked in behind with a lap just 0.0370s slower.

The pair remained on the front row as drivers completed their next laps, but DEForce mastered its strategy for its drivers’ final efforts and Nepveu moved into pole position in the final seconds by a tiny 0.0084s as Denmark improved on his penultimate lap.

Nepveu’s team-mate Bijoy Garg slotted into third, just 0.0281s off pole, and Rowe was shuffled down to fourth but still within half a tenth of taking pole.

Jagger Jones ended up as the fastest Cape driver in fifth, and Exclusive Autosport’s Billy Frazer improved at the end to complete a top six spread by an incredible 0.0977s.

D’Orlando was demoted to seventh, ahead of Simon Sikes, Trey Burke and Spike Kohlbecker.