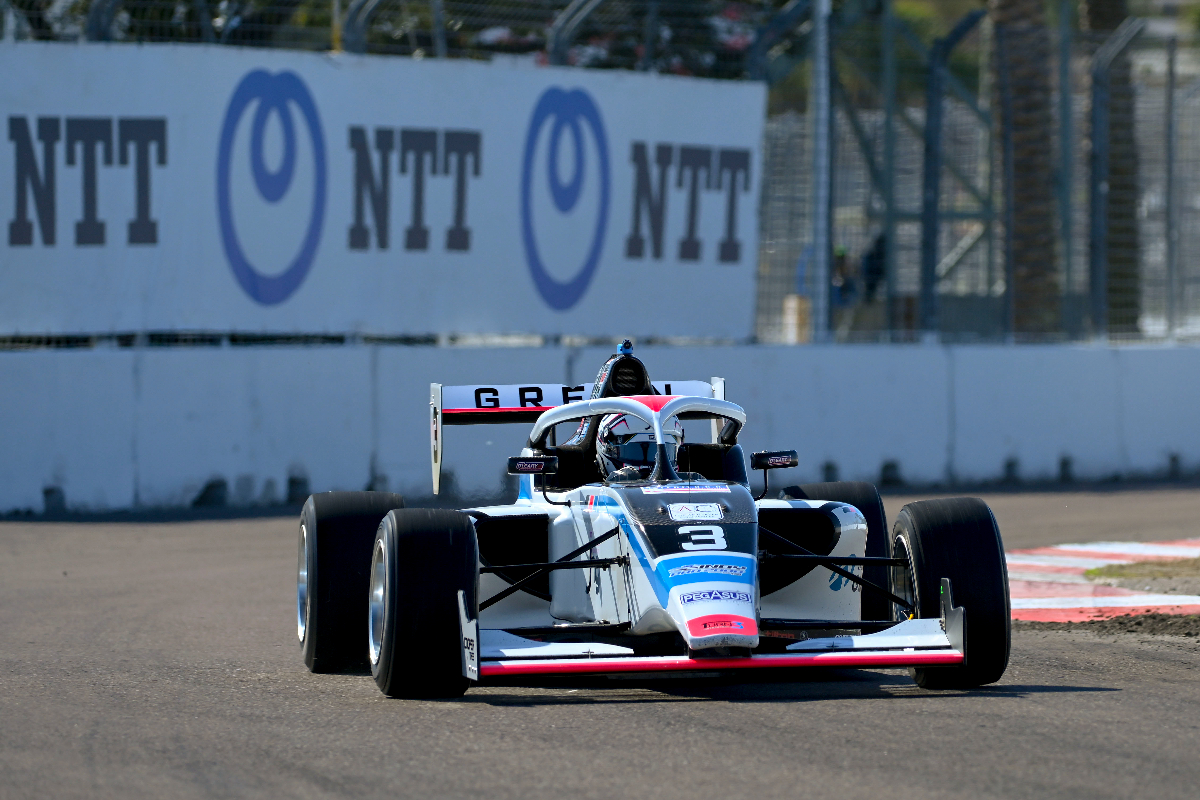 Josh Green took pole position for Indy Pro 2000’s opening race of the season in St. Petersburg as qualifying was shortened by red flags with three minutes to go.

Braden Eves and Enaam Ahmed completed the top five at that point, with 2021 USF2000 champion Kiko Porto down in seventh place on his debut with DEForce.

Tyres seemed to go past their peak after seven laps as most drivers didn’t seem able to improve their laptimes thereafter as qualifying progressed. Only Juncos Holliger Racing’s Enaam Ahmed was able to better his benchmark, moving up to fourth place with six minutes to go.

Ahmed would lower his laptime once again in the following lap, putting himself on the front row.

An incident at turn three involving Exclusive’s Christian Brooks then resulted in the session being red-flagged. Action wouldn’t restart, awarding pole to Green and with Ahmed in second place. Brooks’ team reported he was fine after the incident.

Behind them, Siegel, who had been beaten by Ahmed moments before the red flag came out, qualified third.

Foster will line up in fourth, with Jay Howard Driver Development’s Eves just behind him in fifth. Reece Gold, Porto, Wyatt Brichacek, Matt Round-Garrido and Christian Brooks rounded off the top 10.

Race two’s grid will not be defined until the end of race one as it is each driver’s best lap between their second-best qualifying lap and their fastest lap in the race what counts towards it.

F2’s Sochi round provisionally off after Russia invades Ukraine