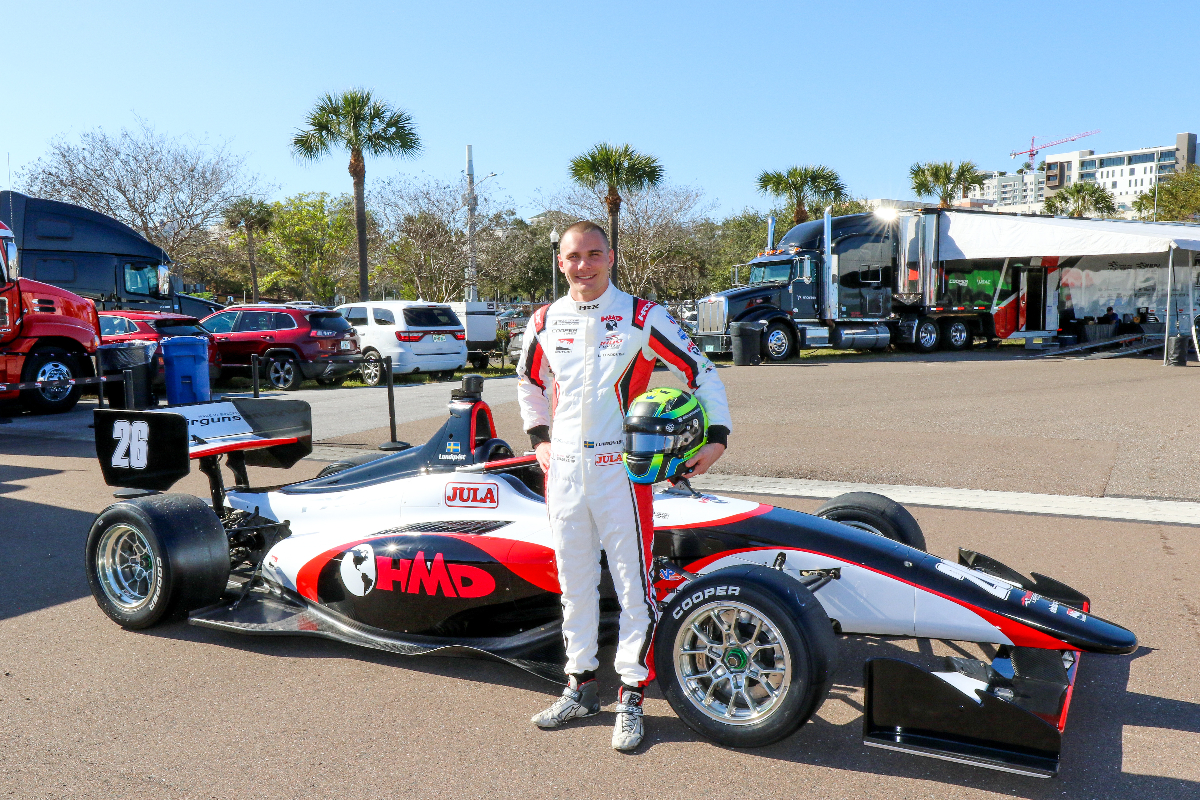 There was almost no action in the first 10 minutes of the 50-minute session, with a red flag interruption caused by Lundqvist’s team-mate Manuel Sulaiman suffering an apparent mechanical failure on his out-lap.

The team didn’t know at the time what caused Sulaiman’s car to stop, just knowing that it shut down unexpectedly while on track.

When laps were eventually set once the session returned to green, HMD’s Danial Frost set the early pace with a 1m07.7750s lap.

Andretti Autosport’s Sting Ray Robb quickly knocked half a second off the pace, before Frost responded and broke into the 1m06s.

Benjamin Pedersen, in the HMD car co-run by Global Racing Group, was the next to make a big gain and went fastest with a 1m06.3242s, but he was only on top very briefly as Lundqvist went 0.0230s faster.

In the quarter-hour that remained of green flag running after, only Andretti’s Christian Rasmussen got close to Lundqvist’s pace as the reigning Indy Pro 2000 champion set a lap just 0.0560s slower.

Lundqvist flexed his muscles before returning to the pits though as he then went sub-1m06s and Rasmussen’s team-mate Hunter McElrea moved up to second place.

Rasmussen was shuffled down to fifth by Frost and Robb, then with eight-and-a-half minutes to go jumped back up to second but just as Lundqvist returned to track and improved to a 1m05.7856s.

Come the end of the session there was a gap of 0.0224s between Lundqvist and Rasmussen as the latter found more pace, while McElrea and Robb were similarly closely matched in third and fourth. The top seven were spread by 0.4449s.

With four minutes to go there was another moment of drama, as TJ Speed rookie James Roe Jr knocked off his nosecone with a scrape with the barriers.