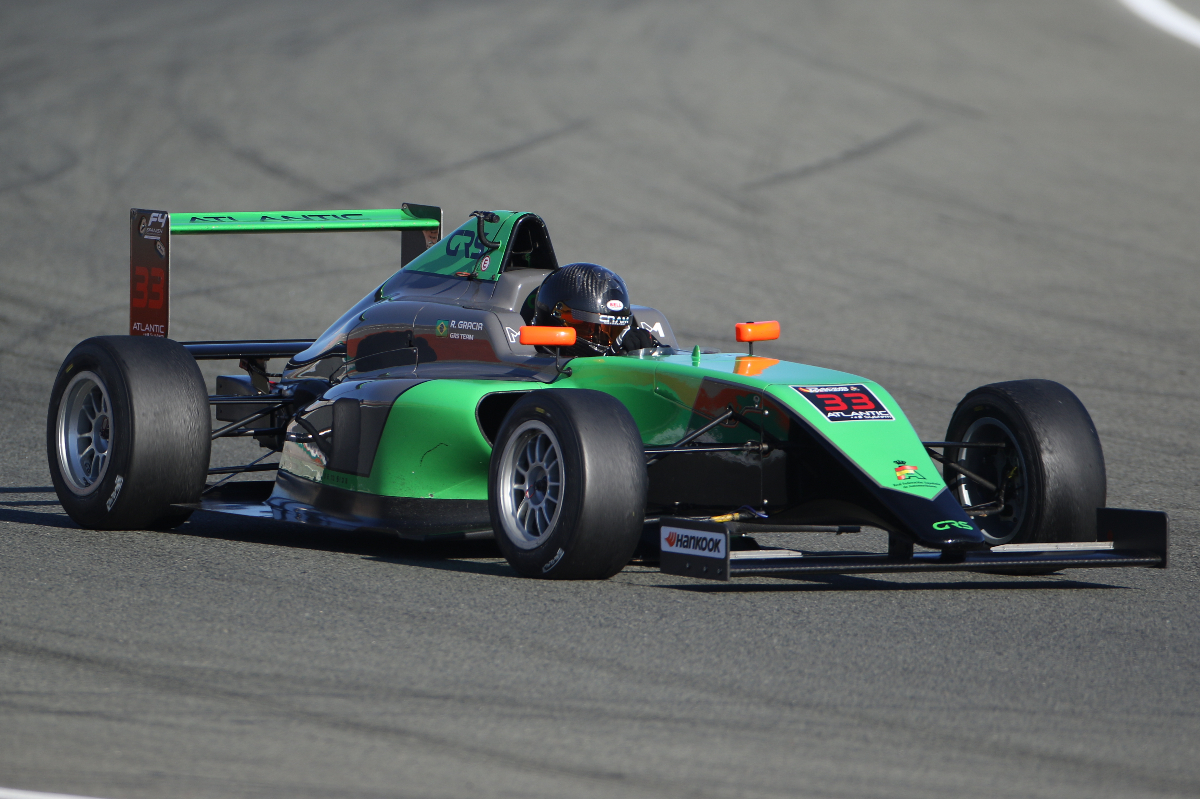 Filho will be one of four drivers racing for title-winning Stock Car Brasil team Full Time Sports in the inaugural season of his home single-seater championship, and graduates to it from both his local karting scene and the European one.

He won the Brazilian Cup karting title in the Junior class in 2019, while racing on senior OK karts in Europe. In his second season abroad he came 31st in the CIK-FIA European Karting Championship as a factory Praga driver.

Last year he moved to Forza Racing, and showed similar form. He was 29th in WSK’s Open Cup, 30th in its Super Master Series and 33rd in the Euro Series, and came 36th in the European Karting Championship.

After the summer break he began testing in Formula 4, at first with Cram Motorsport and then with Campos Racing, before joining Global Racing Service at Valencia’s Ricardo Tormo circuit last December. He will race for GRS in Spanish F4.

“Very happy to say that this year I will also participate in the Spanish F4 championship with GRS,” Filho announced on social media.

“We were together in tests in the year 2021 on tracks in Spain, and the team proved to be very professional and dedicated to the work. A pleasure to be with you, GRS. Let’s go all out.”

GRS said it was “delighted to welcome Ricardinho into the team” and is “looking forward to a bright season together”.

The seven-round Spanish F4 season has no clashes with Brazilian F4, which will consist of six events.