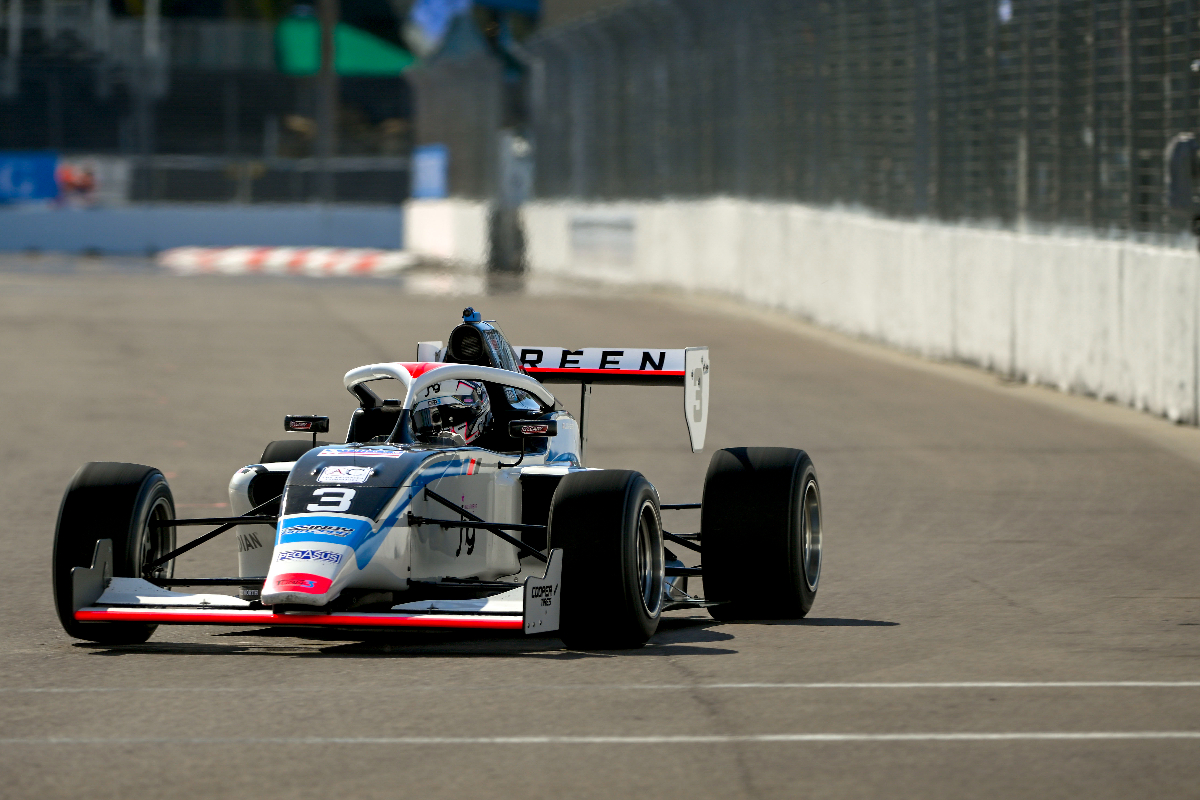 Josh Green claimed victory for Turn 3 Motorsport on his Indy Pro 2000 debut in the first race of the season in St. Petersburg.

The poleman rocketed away at the rolling start, opening up a lead of over two seconds on the opening lap while a similarly fast start from Exclusive Autosport’s Louis Foster brought him up a spot into third place around the outside of turn one.

Between the two was Juncos Hollinger Racing’s Enaam Ahmed, who despite a lock-up at turn four on lap one seemed to have the best tyres during the first half of the race as he gradually reduced Green’s lead.

Yellow flags being waved halfway through the 25-lap race when Wyatt Brichacek went off very briefly interrupted Ahmed’s pursuit of Green, who did then respond to the pace of those behind.

Ahmed replied by setting the fastest lap and the lead went down to less than a second. Again Green replied, but Ahmed knocked the gap back down to its smallest margin going into the final three laps. Green had enough in his tyres to keep it mistake-free and take victory.

Foster trailed them the whole way, finishing 1.8s back in third place on his US racing debut.

With the grid for race two being set from either the second-best laps in qualifying or the race one fastest laps, all of the drivers out of the top 10 opted to pit for fresh tyres to go for the fastest lap. However none of them managed it, as Siegel got the job done with a 1m09.5905s.

Exclusive’s Christian Brooks failed to start the race, and will miss race two as well, after an accident in qualifying led to irrepairable car damage.