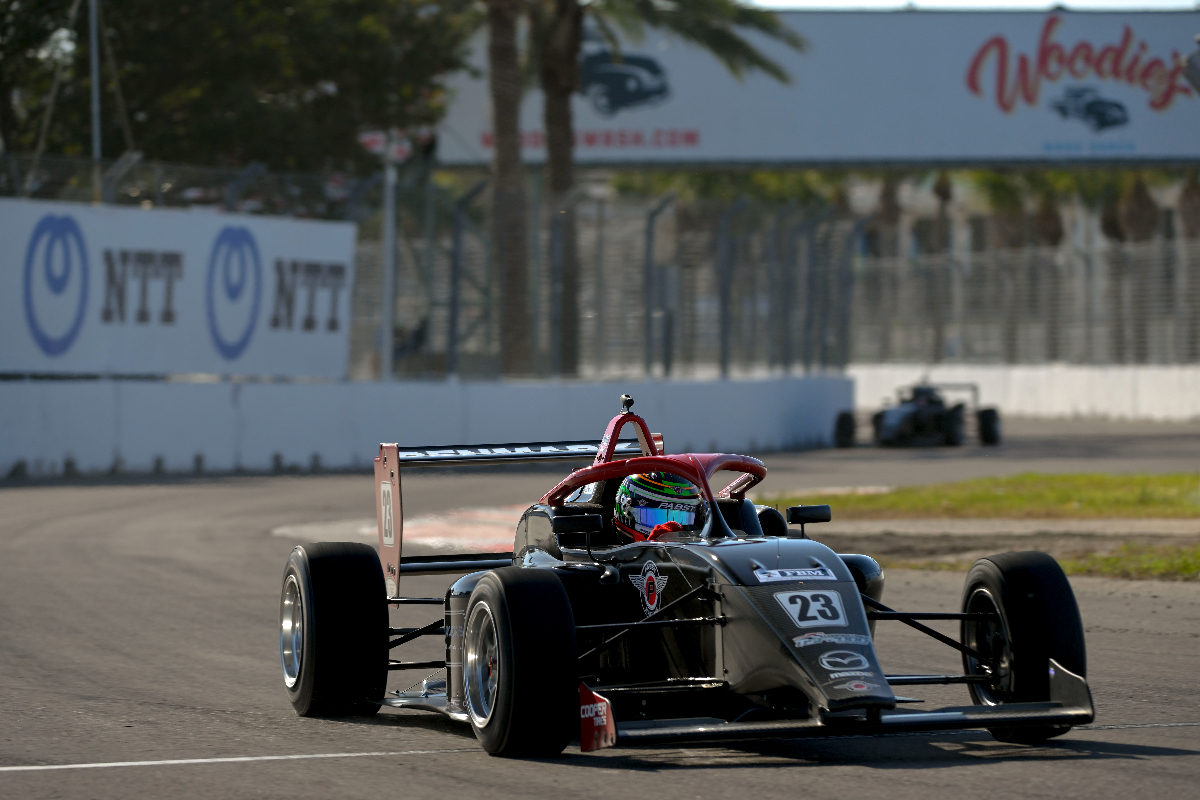 Jace Denmark inherited victory in the USF2000 opener in St. Petersburg after the top two collided just in front of him on the final lap.

Exclusive Autosport driver Billy Frazer jumped past three of them to get into third on lap one behind Nepveu and Denmark, with Rowe settling into fourth.

The top two ran close together through the first half of the 20-lap race, while Rowe had the pace to set fastest lap but couldn’t get past Frazer until lap 11.

With clean air he then tracked down the leaders, who were often only a few tenths apart at the end of each lap, and got onto their tail with two laps to go.

He passed his team-mate Denmark for second on the penultimate lap, then dived down the inside of leader Nepveu at turn one at the final opportunity. Despite there being less grip on the inside it was Nepveu who locked up, but then Rowe ran too deep and they exited the corner side-by-side.

Going through the tightening esses between turns two and three, Denmark was back onto the gearbox of Rowe, who was on the left of Nepveu. As Nepveu drifted left to follow the track, his rear-left wheel made contact with Rowe’s front-right and he was speared into the barriers. Two of his wheels were ripped off straight away, and as Rowe hit the barriers his car also suffered heavy damage.

Denmark made contact with one of the wings that was now on the track, but otherwise got through unscatched to take the lead seconds before the race was red flagged. However rather than put the results back a lap, drivers were able to run to the chequered flag and so he took victory ahead of Frazer and Garg who had dropped places at the start.