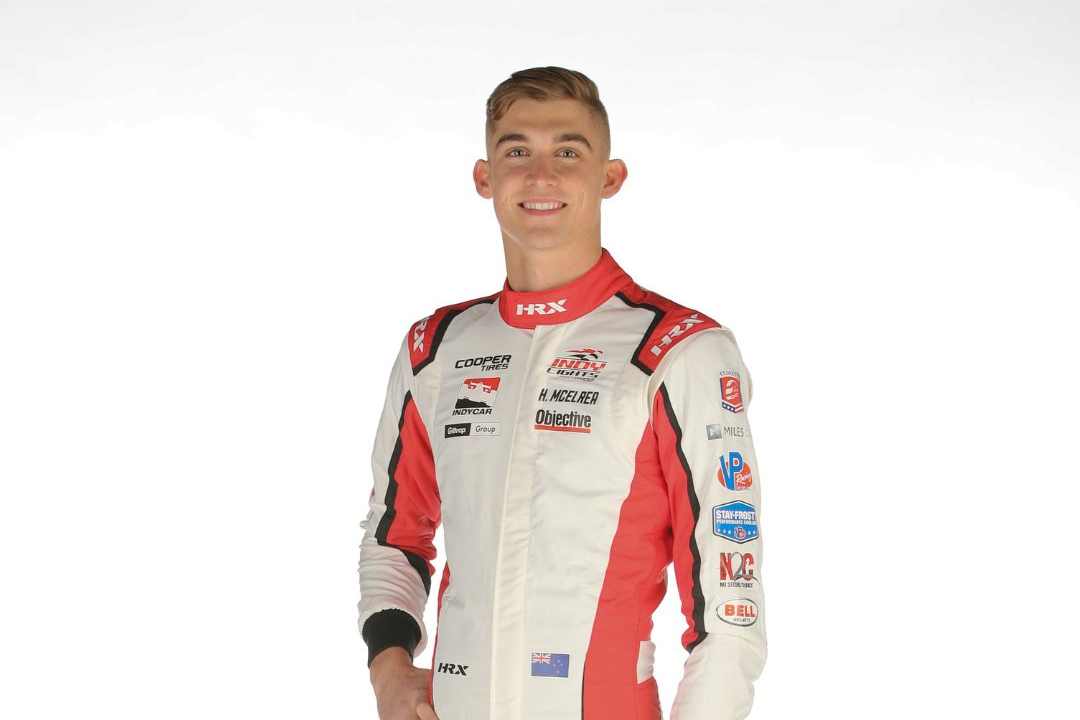 Andretti Autosport’s Hunter McElrea put in a brilliant lap to take pole for his Indy Lights debut in St. Petersburg, beating the field by three tenths of a second.

McElrea was towards the top of the pack in the early stages of the 30-minute qualifying, trading fast lap times with team-mate Christian Rasmussen as well as HMD Motorsports-run duo Linus Lundqvist and Benjamin Pedersen.

There was a red flag halfway through the session as HMD Motorsports with Dale Coyne Racing’s Danial Frost went off and caused a stoppage for around 10 minutes.

The laptimes improved in the closing stages. What looked initially set to be a very close grid at the front turned out to not be the case when Lundqvist went quickest, and then quicker still with his final effort.

That was before McElrea came along and crushed the opposition to take the top spot at the very end, with nobody able to topple him.

Reigning Indy Pro 2000 champion Rasmussen had an off shortly before the red flag and slipped down the order to fifth, just ahead of team-mate and Lights returnee Matthew Brabham.

TJ Speed and Kyffin Simpson will line up seventh for their debut, with Antonio Serravalle eighth for Abel Motorsports. Frost’s team-mate Christian Bogle was ninth fastest, ahead of Abel’s Jacob Abel.

HMD w/Coyne’s Manuel Sulaiman was 11th ahead of Frost, who was sixth before his off and lost his two fastest laps for causing the red flag.

The seventh and final row for the sole race of the weekend will comprise of TJ Speed’s James Roe Jr and Force Indy’s Ernie Francis Jr – the latter having an error late on in a messy session.