Nathanael Berthon stays on with Lazarus in GP2 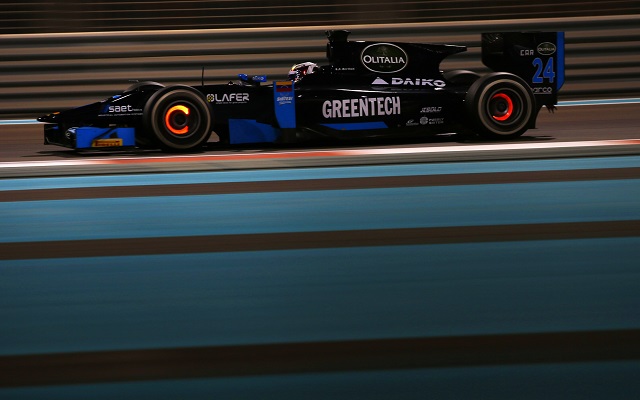 Nathanael Berthon will continue to drive in the GP2 Series this year with Lazarus.

The Frenchman drove with the Italian squad last year, claiming a best result of fourth in the Hungaroring sprint race and three other points finishes.

The 25-year-old has had a knack of performing well in the reverse grid race in Hungary in his three years so far in the category, with that being the scene of his only win to-date with Trident in 2013 and one of two 2012 second-place finishes for Racing Engineering, the other coming in Barcelona.

?I am very pleased to be back in the Lazarus family,” said Berthon. ?Thanks to them, I can race again in GP2.

“I would like also to say that I am very confident, because I know how the performance has been through the entire 2014 season. We became better and better throughout the entire previous year. We?re starting now with a good base and much more experience than in 2014. I will do my best to make the Lazarus colours shine on podiums through 2015.”

Team principal Tancredi Pagiaro commented: “We improved throughout the season and we?re proud to have Nathanael back with us again. In such a competitive championship, with the few days of winter tests and the impossibility to have further tests on the tracks during the season, we understood the difficulties of developing a car around the needs of the driver: this is why we chose continuity, which also has to be seen as a mutual decision.?

Berthon is Lazarus’ first named driver for the 2015 season. He was partnered by Conor Daly and Sergio Campana during last year