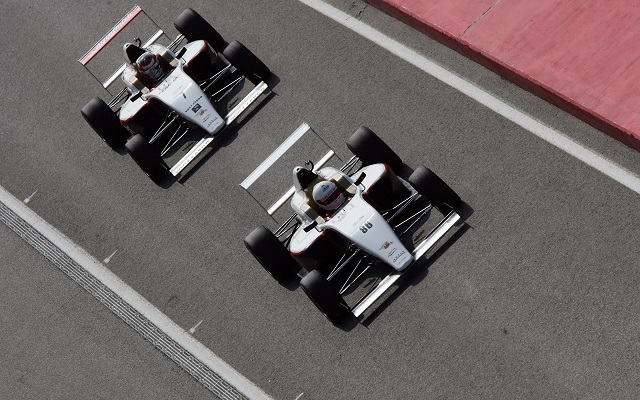 Swiss team Jenzer Motorsport have revealed their first three drivers of what is expected to be a four-car lineup for the inaugural ADAC F4 championship.

Their squad?is led by Marek Bockmann, the 18-year-old German remaining with the team for a second season and making the switch from Formula Renault 2.0.

Bockmann started his racing career two years ago in the V de V Championship, finishing in a promising fourth. He then joined FR2.0 Alps with Jenzer and achieved a best result of tenth, ending up 20th in the standings.

Another 18-year-old German, David Kolkmann will be part of Jenzer’s team. In 2014, Kolkmann spent his debut in single-seaters in ADAC Formel Masters. With six top ten finishes, Kolkmann ended the season in 14th.

The third addition to the grid is Moritz Muller-Crepon from Switzerland. 2013 saw the 18-year-old Swiss driver having his first taste in single-seaters in a Formula BMW car, which was followed by a a season in the V de V Championship where he finished sixth in class B.

?I am extremely pleased to be able to return to motor racing in Germany,” said team boss Andreas Jenzer, whose team raced the Tatuus-Abarth F4 car in the Italian series last year (pictured).

“As team we are very motivated to return because ADAC Formula 4 offers the best possible platform for young drivers looking to start their careers in motor racing.?

Jenzer is the seventh team to announce drivers to the 2015 ADAC F4 championship, which replaces ADAC Formel Masters.

Nathanael Berthon stays on with Lazarus in GP2