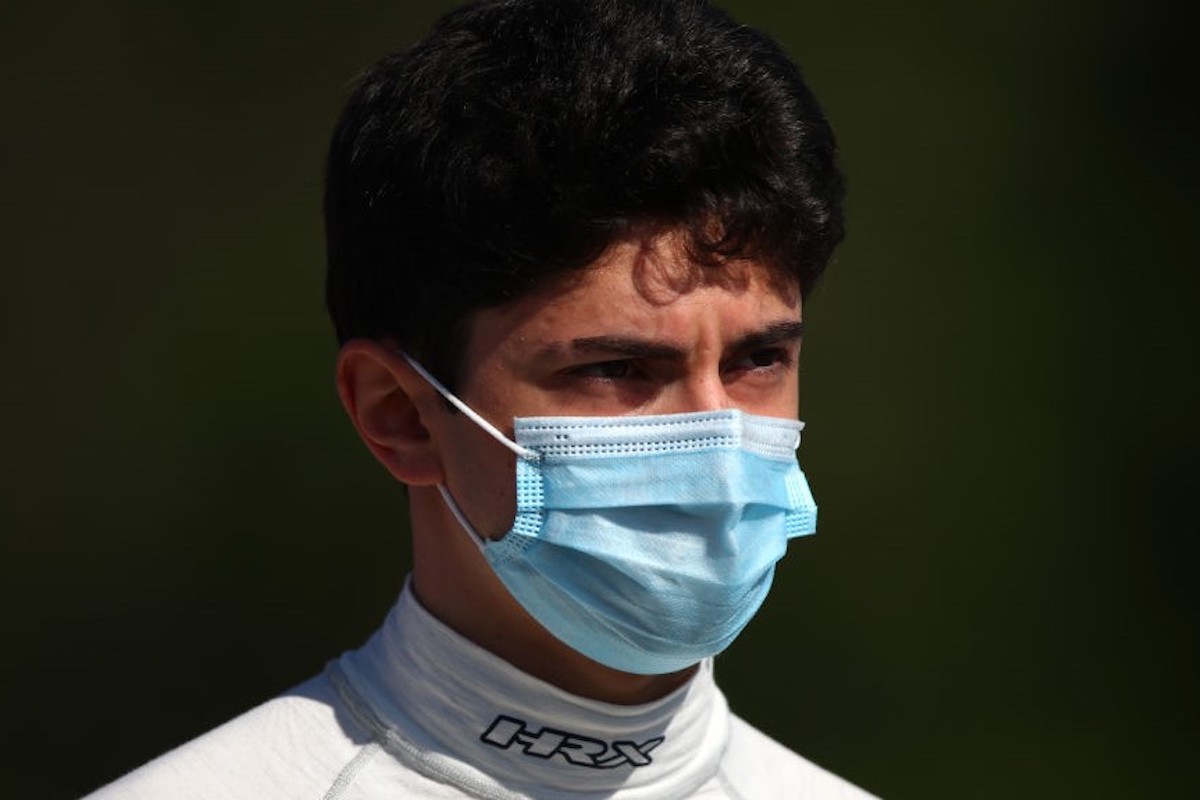 Matteo Nannini will deputise for the injured Juan Manuel Correa at ART Grand Prix in FIA Formula 3 testing at Barcelona this week, and doesn’t rule out racing at Imola.

Correa was diagnosed with a metatarsal fracture on his left foot after missing the second day of last week’s in-season test at Jerez due to a sharp pain. The team hopes he can recover on time for the next round that is taking place at Imola next week.

Nannini raced in Formula 2 and F3 last year, and had targeted a move to Indy Lights for 2022 after testing in the series. Instead he will debut in stock cars in the USA’s fourth tier.

“It was really a big surprise, and I’m also really pleased that ART called me because it means that I’m a valuable driver for them,” Nannini said to Formula Scout.

“I wish Juan Manuel a quick recovery. It’s always a bad thing when a team-mate is not in shape to be able to compete.”

The Italian has already wide experience in the F1 support paddock. In his two F3 seasons with Jenzer Motorsport and HWA Racelab he claimed one win and two other podiums, coming 14th in the 2021 points.

His move into F2 last year initially came with HWA, contesting one round before switching his focus solely to F3. However he then returned to the next tier on the single-seater ladder by joining Campos Racing for the Baku and Silverstone rounds. Nannini’s best result was 10th in race three of his debut weekend with HWA.

ART GP is not new to Nannini, as he already completed one day of testing with the team at the end of 2020, at the same track he is now going to drive at in place of Correa.

When asked about his chances to be at Imola if Correa’s injury issue persists, with the Sauber junior in the second year of his racing return since breaking his legs in an F2 crash in 2019, Nannini didn’t rule it out and added that he would love to be racing in front of his home crowd.

“I don’t know yet. ART confirmed only the test, maybe there might be a possibility, but it’s not confirmed yet.

“I live just 20 minutes from Imola, so it’s really my home home circuit. I know that a lot of friends of mine are going there to see the F1 weekend. That would push me to perform even better because I know they are there in the grandstands cheering on me. I’d definitely be super happy to do that race.”

Vips ahead in shortened final F2 session at Barcelona