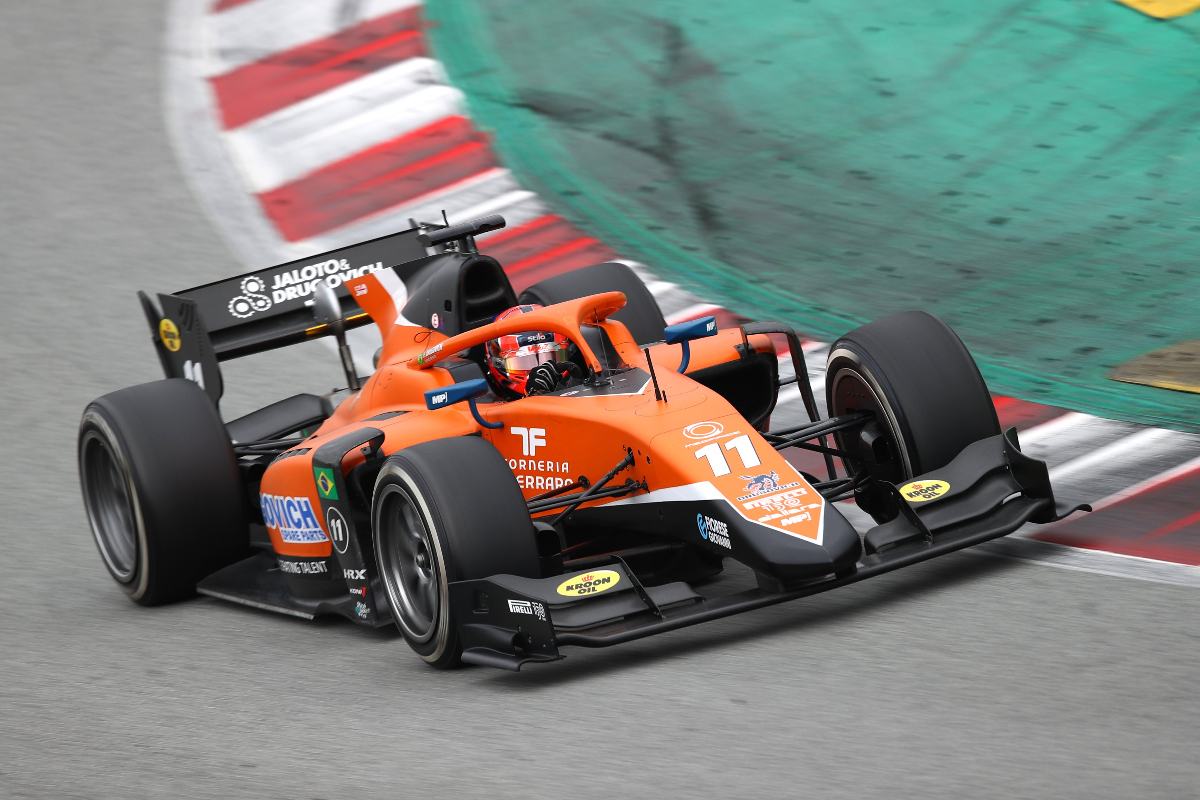 Clear skies and warmer temperatures allowed drivers to run in more representative conditions than the two previous days. This led to teams carrying out qualifying runs on the soft compound tyre as well as long runs on both the soft and hard tyre.

During the first hour of running, most drivers went out on qualifying simulations on the soft tyre, something that only four drivers had managed to do the previous afternoon.

After the first attempts, Carlin’s Liam Lawson headed the times with a 1m27.888s lap, which he would better by 0.068 seconds a few minutes later.

Lawson’s first laptime was already fastest than Campos Racing’s Ralph Boschung best lap on Tuesday afternoon. The Swiss’ 1m27.929s had been until then the best time set during testing so far.

A later effort from Drugovich as the session reached its halfway point beat Lawson’s benchmark by 0.291s. The Brazilian was the last driver to go for a qualifying lap, and after he did, the track stayed almost empty for several minutes.

The first and only red flag in the morning came out with 1h15m on the clock as Drugovich’s team-mate Clement Novalak came to a halt at the exit of turn two. It took 30 minutes for green flags to wave again, as marshals used the red flag to clean some gravel that had gone on track in the last sector.

Long run simulations continued for some drivers when the session went green again.