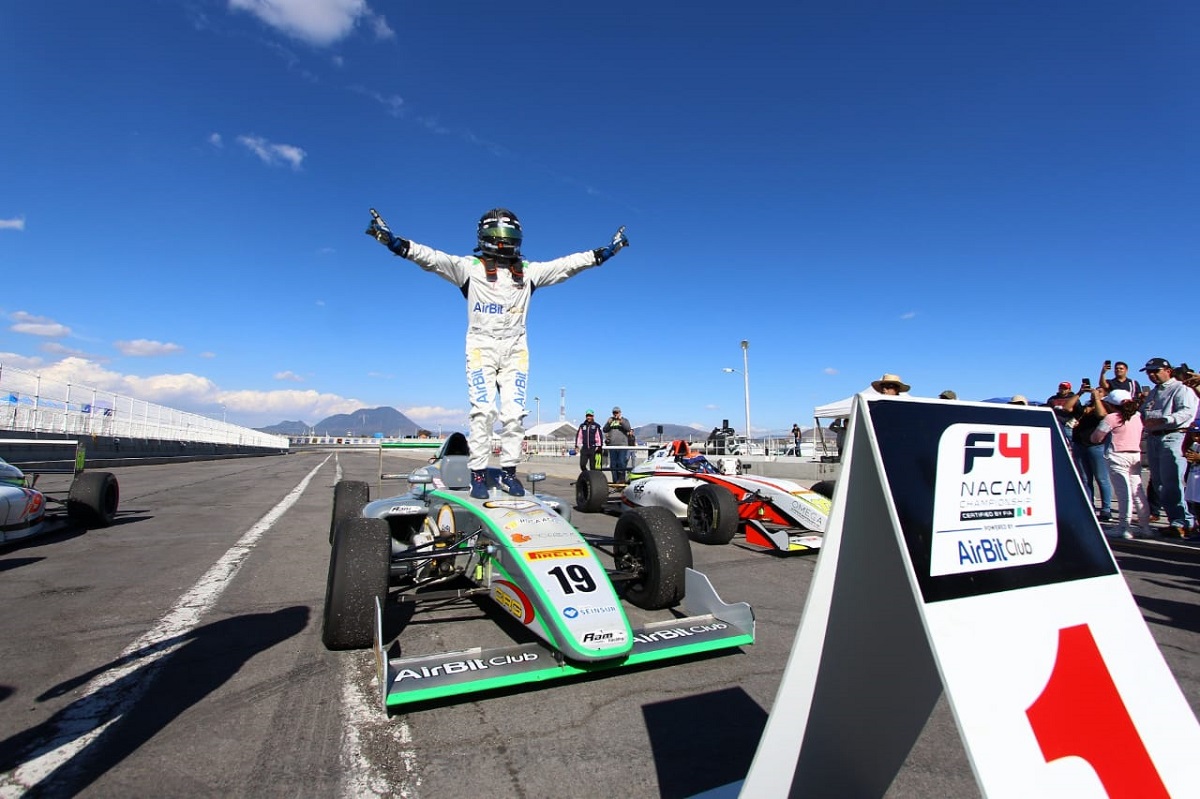 Reigning NACAM Formula 4 champion Noel Leon will go for a second title in two years with a switch to the United States’ championship.

The Mexican debuted in NACAM F4 in 2018, finishing third in his very first race and following that up with a second place. He returned to the series later that year and picked up another podium, while also competing in shifter karts abroad.

He committed to do the 2019-20 season full-time, and the 20-race season ended up running for over 12 months as a result of the COVID-19 pandemic. Leon picked up seven wins in his Ram Racing-run car and comfortably claimed the title.

“I’m so proud to join DEForce Racing,” said Leon of his move north. “Looking forward to get great results.”

Leon follows fellow NACAM F4 racer Jose Andres Martínez into US F4 with DEForce, which is likely to field a third driver.

In addition to racing in US F4, Leon will compete in Super Copa Mexico’s single-make Mercedes-Benz touring car championship. He ventured into the series last year with the Sidral Aga team and won a race, and now aims for the title.

The year before that, he raced in the NASCAR-like Mikel’s Trucks series then debuted in NASCAR’s second-tier Mexican series FedEx Challenge and was a 2020 title contender.

Leon has not ruled out also debuting in the top-tier NASCAR Mexico series on an oval alongside his F4 and touring car commitments in 2021.

His F4 and Mercedes-Benz rival Jorge Garciarce is now focusing solely on single-seaters with a move into Italian F4 with Jenzer Motorsport.