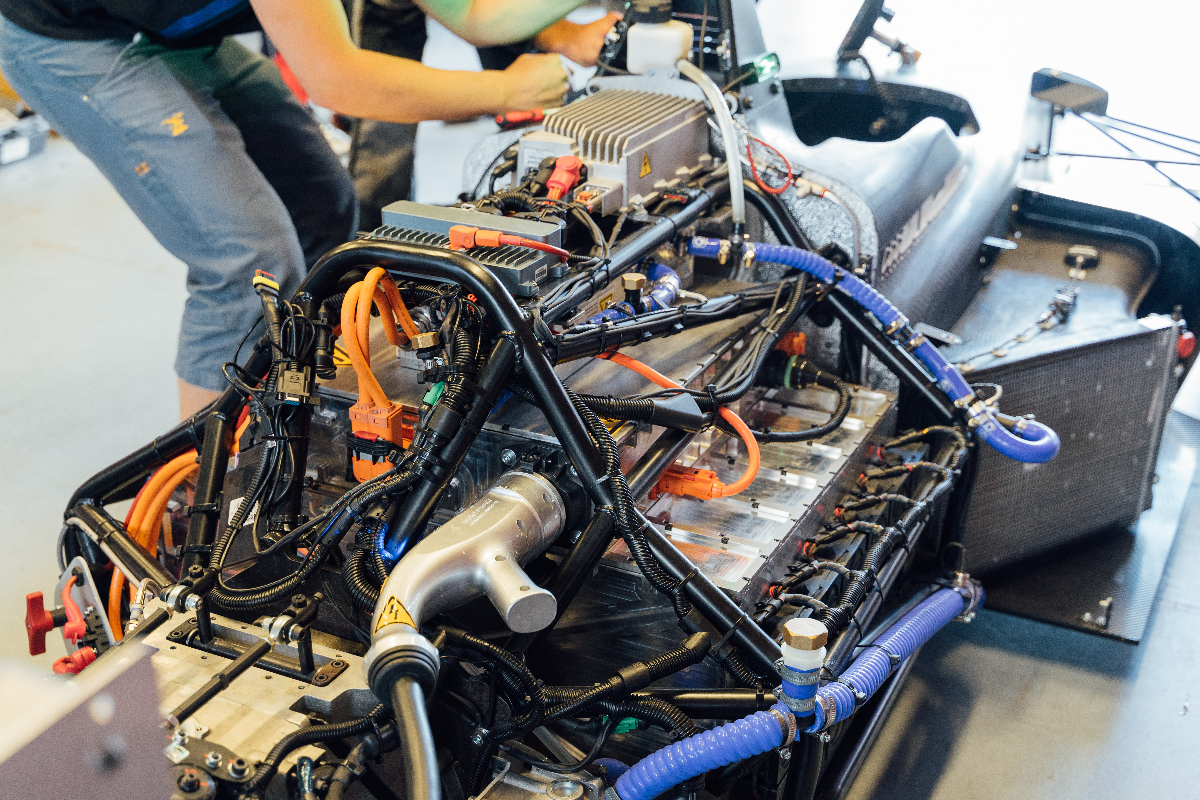 French chassis constructor Mygale and Spain’s Play and Drive company have worked together on testing an electrically-powered Formula 4 car.

Earlier this month they ran the first-generation Mygale M14-F4, which is currently used in Chinese, Danish and NACAM F4, in tests at Magny-Cours with an electric powertrain fitted rather than an conventional internal combustion engine.

Each run at Mygale’s local circuit lasted seven laps, with all power being delivered by the 120-kilowatt electric motor which was coupled with regenerative braking. Supporting that was 750-volt battery weighing 220 kilograms.

Before the runs at Magny-Cours, the car also tested in Spain and Mygale reported “the prototype lapped in times close to those of a thermal F4 without any performance drop-off during the runs” and that the car reached 136mph.

Following the trouble-free runs of a powertrain fitted to a F4 Gen1 car, the two companies now plan to prepare the powertrain so it can be fitted to the Mygale M21-F4 car which was introduced in the French F4 championship this year.

Mygale said it “will develop a monocoque and a structural battery case to meet homologation standards for competition”. French F4 currently uses a Renault power supply, and that brand has shown interest in bringing hybrid technology to F4.

The Play and Drive project is not the first mainstream all-electric junior single-seater project, as the proposed ERA championship is still in the works. The F4-level series has had to postpone its inaugural races several times, and so far has done private testing at Zolder as well as demo runs in Pau, at the Hungaroring and at Jarama.